There’s something refreshing retro about this episode. Not only does it follow directly on from The Enemy of the World, like the old Hartnell stories, but the Doctor is back to his old ways of indignantly defending his control of the Ship, which then goes wrong and starts flashing a warning light, before something disturbing appears on the scanner. And when the TARDIS does land, in a deserted London, the crew promptly find a dead body and an ominous poster just like in The Dalek Invasion of Earth.

It would be tempting to suggest this has something to do with the return of director Douglas Camfield for the first time since The Daleks’ Master Plan, but unless he rewrote the script that seems deeply unlikely. His direction is better than ever: Silverstein’s house is shot like something from a Universal horror movie – deep shadows and startling close ups, and the exploration of Covent Garden Station is equally creepy: the Doctor cowering under a platform as Yeti patrol above is a brilliant scare.

Haisman and Lincoln’s script is pretty good. Bringing back Travers is something the show hasn’t really done before, and his daughter Anne is a prototype Liz Shaw: no-nonsense without being shrewish. The first episode throws in enough well-cast and vivid characters – aside from the Travers the oleaginous Harold Chorley and the optimistically flirty Captain Knight – to sketch a fairly convincing situation. This is massively helped by the highly detailed and impressive set design by David Myerscough-Jones – the underground station and tunnels of course, but also the makeshift army base with its dartboard and lived-in scruffiness.

The new Yeti are different enough from The Abominable Snowmen versions to merit a transformation sequence. They’re less cute, and the slimmer design and massive claws make them look larger than the old versions, but the obvious grille for the actor inside, and the slimming corset are a bit less effective. I guess it took Padmasambhava centuries to make the first batch of Yeti, whereas these are probably thrown together using some gorillagram costumes purloined from a fancy dress shop in Covent Garden. 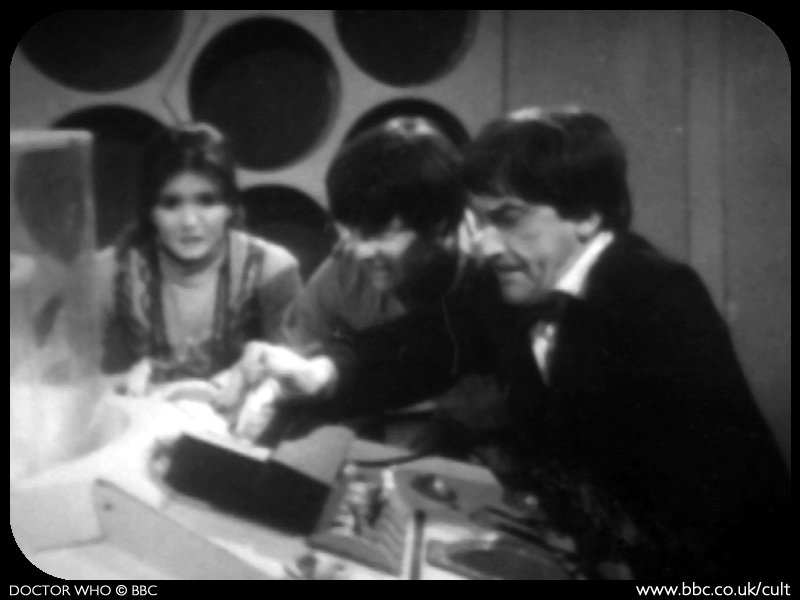 The nicest thing about the episode is after 12 weeks of the regulars being separated and sidelined, this puts them together again, enjoying each others’ company and taking an active role in investigations. This all bodes well.

Next episode: The Web of Fear – Episode 2