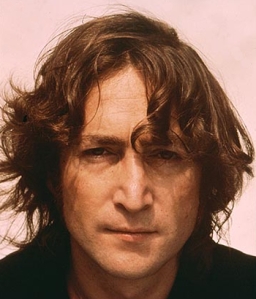 February 2001. Since The Burning, the Eighth Doctor Adventures have had one of their most-admired runs: a linked series of novels set over the course of the Twentieth Century with an amnesiac eighth Doctor trapped on Earth without companions, returning monsters or even a TARDIS. Meanwhile, the big news is Paul McGann’s return to the role he last played five years previously: Big Finish’s own Eighth Doctor Adventures launched in January 2001 with Storm Warning, which introduced the new companion Charley Pollard in a story written by DWM editor Alan Barnes.

There was a real buzz in fandom at the start of 2001: the books were improving, DWM’s eighth Doctor strip switched to full colour and gained a new companion, and the first ‘season’ of McGann audios deservedly went down a storm. People seemed to be pulling themselves out of their fin de siècle blues. It was a very happy moment.

Unlike BBC Books or DWM, Big Finish’s first eighth Doctor story didn’t put him face to face with old enemies but instead spent its time establishing what the Doctor and Charley might actually be like. Storm Warning begins with the Doctor getting excited about his library, accidentally getting caught up in a time crash, losing the TARDIS and finally bumping into Charley, who’s in a spot of bother. It’s a scene that has some parallels with the beginning of Rose, four years later. The Doctor even introduces himself – after he and his soon-to-be companion have already had a back-and-forth conversation – with the line, ‘I’m the Doctor, by the way’.

Barnes’ eighth Doctor is familiar from the strip – romantic, expansive, with a tendency to blurt things out, like his spiel about his time ship the TARDIS that he blabs to Charley in their second exchange. These are characteristics Barnes, like most of the writers of the novels and strip, have extrapolated from the TV movie. In January 2001, this, so far as most of us were concerned, is what the eighth Doctor was like.

But the thing is, they’re not really how McGann is going to play his Doctor. It’s a similar problem, on a bigger scale, to the one Colin Baker faced in 1985, when the only thing the writers had to go on was The Twin Dilemma, and they were producing scripts that were written for a Doctor Baker wasn’t much interested in playing. Interestingly, in that case, Pip and Jane Baker’s generic Doctor of The Mark of the Rani became Baker’s favourite of the season.

The second eighth Doctor audio, Sword of Orion, similarly gives a better indication of how the eighth Doctor’s run is going to develop (not least because it’s written by Nicholas Briggs, who’ll become the steward of most of McGann’s tenure). McGann’s Doctor is revealed in the bits of the TV movie that weren’t as noticed – the Doctor’s impatience with Grace (‘Yes, very witty’); his pessimistic streak (‘I’ve a horrible feeling we’re already too late’), and his sarcasm towards the Master (‘Time enough to change’). In the audios, he plays the Doctor as the John Lennon of Time Lords: sardonic, detached, passing dry comment rather than getting excitable.

When the series started, the Doctor was a Gandalf kind of figure: a crotchety, mysterious and slightly disreputable wizard who crashes into the comfortable lives of Ian and Barbara and gets them embroiled in adventures. Through the 1960s series both Hartnell and Troughton continued in this vein: there was always a young hero – Ian, Steven, Ben, Jamie – to be the traditional juvenile lead. The third Doctor was similarly conceived as a whimsical, guitar-playing guru, as we saw in Spearhead from Space, with Courtney due to be the more straightforward hero. Pertwee’s big innovation was to hog both roles, becoming the hero wizard, Merlin and Arthur combined. Barry Letts and Terrance Dicks planned to revert to the earlier format with an older Doctor and Harry as the young hero, but Tom Baker’s casting put paid to that. And while Davison might have been cast as a less domineering Doctor, Adric and Turlough weren’t written as heroes. It wasn’t until McCoy came along and Ace got the traditional ‘hero’ stuff, that the show got close to the original concept. Despite the TV movie, McGann prefers to play his Doctor lackadaisically horizontal, a far more reluctant hero than the twirling enthusiast that the novels and strips between 1996 and 2001 suggested.

While Storm Warning was expressly written for this consensus of what the eighth Doctor would be like, Sword of Orion is an adaptation of an Audio Visual from the late 1980s, specifically picked, according to The New Audio Adventures: The Inside Story, because it didn’t require much rework. While undoubtedly Briggs must have refreshed it, the fact that the script features a relatively generic part for Doctor conversely allows McGann to bring much more of himself to it. As Charley, India Fisher is all bouncy enthusiasm at her first trip into outer space, and McGann plays off this, providing a nicely laid back counterpoint. This is how their partnership ultimately develops: Charley’s wide-eyed excitement and romantic fancies balanced with the Doctor’s slightly cynical edge. McCartney and Lennon.

In a large part that’s why they the McGann and Fisher have become the classic eighth Doctor team – the one selected for the fiftieth anniversary celebrations in both The Light at the End and Destiny of the Doctors. It’s also Big Finish’s edgier eighth Doctor that Steven Moffat elects to bring back for The Night of the Doctor – a version of the character that would have been inexplicable if we only had the TV movie for reference. It’s not for nothing that Moffat uses the chance to explicitly ‘canonise’ the McGann audios.

That edgier interpretation really begins in the hugely influential Sword of Orion, a play that brings back the Cybermen in their classic form, and draws its imagery from the military SF of Aliens and the New Adventures, with its more-than-human androids, space wars, and returning monsters. This overtly spawned the Big Finish Cyberman range, but also, in its focus on ‘the future of human society in all its grim and grimy glory’, became the template for so much of the eighth Doctor’s audio ‘era’, particularly during the later Lucie Miller plays and the Dark Eyes series. And, latterly, Briggs has developed these themes out further in his Fourth Doctor Adventures. As such, Sword of Orion is Big Finish’s The Web of Fear, its Yeti-in-the-loo template.

Next Time: ‘I could save the world but lose you.’ – Neverland