Whenever you admit to a fondness for horror films, inevitably someone asks you the question, ‘what’s the scariest film you’ve seen?’ That’s a question I always struggle to answer. As a child, when you’re most susceptible to being actually frightened by films, most responsible parents (certainly mine) won’t let you watch horror movies. As an adult, I can’t remember at any point actually being afraid because of a film. Yes, of course I jump at the jumpy moments. And I’ve been grossed out in the cinema – most of all by the brain-eating scene in Hannibal, and the de-gloving in Gerald’s Game. But terrified? No.

Which isn’t to say horror doesn’t scare me. I remember being thoroughly unnerved driving from Harrogate to Leeds alone, in the middle of a rainstorm, listening to a cassette of Michael Hordern reading M R James’ ghost stories. But Dracula and Frankenstein films have always been more entertaining than scary – even when watched in a lonely house at midnight.

What has scared me? As a child, there are flashes of terror. Michael J Bird’s 1985 BBC series Maelstrom, with its weird title sequence of dolls underwater and its climactic conflagration in a room full of melting plastic doll heads is a striking memory. Another disturbing moment was the death of Danny, in another fire, in the last episode of Juliet Bravo (also 1985); and the hooded figure in the 1986 Bergerac Christmas special Fires in the Fall. My cousins showed me An American Werewolf in London when I was much too young. I don’t remember being especially frightened by the film, but I was absolutely terrified when my uncle told me the moor scenes had been filmed right behind the house (they weren’t; he was winding me up). 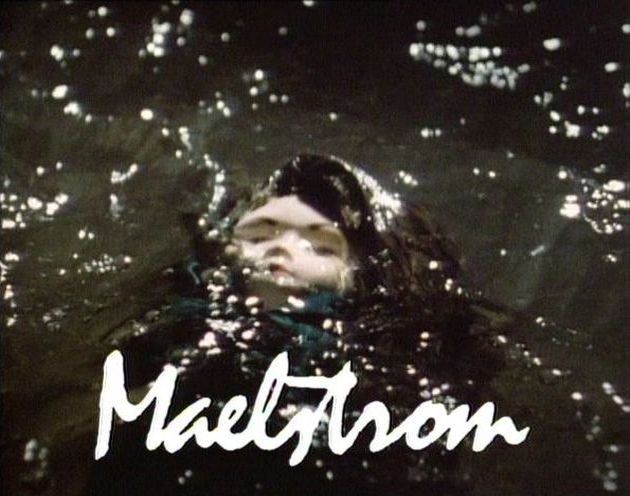 Despite its behind-the-sofa reputation, and the fact I watched it from a very young age, I don’t remember Doctor Who ever being frightening. If anything, the monsters, especially Davros and the Daleks, excited and fascinated me. The only possible exception is the Yeti in The Five Doctors – which by dint of its apparently flea-bitted condition was shot entirely in darkness. It works: a roar, a shadow, a single, scrabbling claw reaching out make it the only moment in the anniversary story that goes wholeheartedly for the monster scare. And between this, the American Werewolf, and the cheap but eerie 1972 ‘mockumentary’ Legend of Boggy Creek about a Bigfoot type creature in deepest Arkansas menacing children (which I saw as a child, and still creeps me out) I’ve always been more fearful of hairy monsters than vampires or demons. 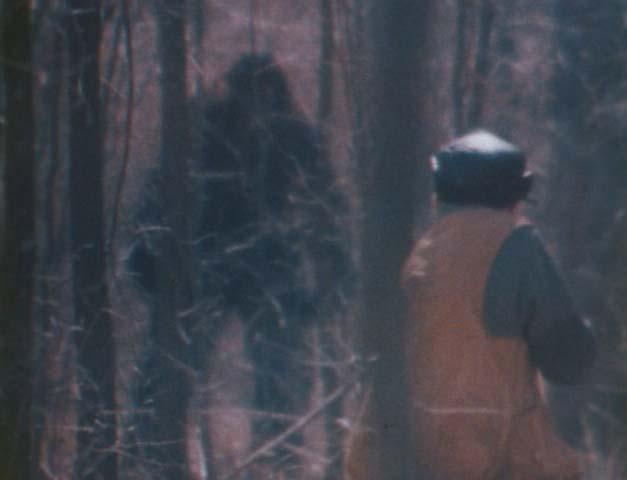 But by far the scariest series I remember as a child is the BBC Miss Marple adaptations starring Joan Hickson, all made on film, with the muted, grainy look of 1970s’ British horror movies. Notably, the unease begins with the opening titles. The theme music – a melancholy melody that suddenly bursts into a melodramatic flourish – is accompanied by sinister images of village life, all side-eyed gossips and figures peering from upstairs windows. It’s the perfect introduction: the scripts have a tendency to be a bit slow, but unfold with allusions, hints of half-remembered conversations, or individuals reacting to something unseen over another character’s shoulder. This gentleness belies the brutality of these films. The melodramatic flourish comes in the death scenes. 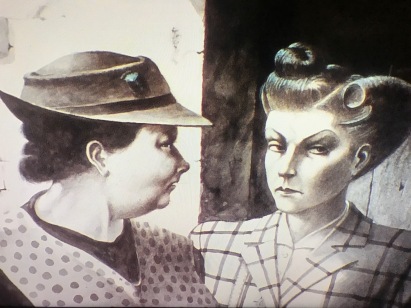 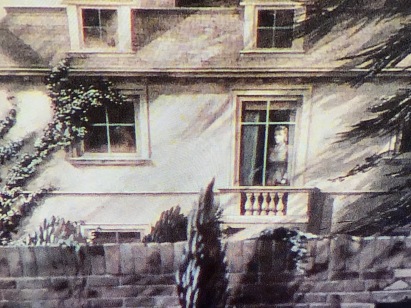 These are often at the cliffhanger (unlike the ITV Marple series, most of the BBC adaptations unfold across two or three episodes). They often occur at night, and they are scored and directed like the discovery of the butchered corpse in a horror move. A palpable sense of dread is generated, made all the more horrible because you know that, inevitably, some poor domestic is about to find the slaughtered remains of a colleague or employer. A particularly grisly example is in episode two of A Pocketful of Rye (1985) where hapless maid Gladys, played by Annette Badland, is discovered at night, dead, pinned to a washing line among flapping sheets as a murderous play on the nursery rhyme ‘along came a blackbird and pecked off her nose’. The thing is, you know for quite a long time that Gladys is doomed, and so the relentless, steady pace towards the cruel joke of her death becomes almost unbearably nasty, especially for a child.

A Pocketful of Rye is a particularly memorable one for me because it features Peter Davison, in one of his first post-Doctor Who roles. As a young child, seeing my hero reduced to a bloodied, glassy-eyed corpse in a ditch was especially disturbing. Especially when juxtaposed with Hickson’s soft, subtly sharp voice revealing all to the police. These plays never let us forget that she is Nemesis, the goddess of retribution, as pitiless and frightening as the killers she unmasks.

As it went on, the series embraced horror all the more. The adaptation of one of the weaker novels, Nemesis (1987) goes wholeheartedly for menace, with the most sinister ‘milky drink’ since Alfred Hitchock’s Suspicion, and Miss Marple calmly waiting for the killer to make their move. Even more horrifying is Sleeping Murder (1987), directed by Doctor Who and the Macra Terror’s John Davies, which has all the hallmarks of a ghost story: a house that literally haunts the female lead; a buried corpse in the garden; premonitions of death, and a final scene that’s as frightening as anything in a giallo. A young woman, alone in the death house, is menaced by a murderer’s ‘monkey paws’ as the killer rants, quite madly, about her mother’s golden hair. Accompanied by Ken Howard’s horror movie score, it remains my single most frightening piece of film or television.

Reflecting on this, it occurs to me that, even as a child, sci-fi or supernatural horror films never particularly scared me. But human madness and murder – both fictional and real (true crime programmes and books about Jack the Ripper or Ted Bundy) have always been more haunting. One early memory is my mum pointing out the spot in Halifax, just across the road from my aunt and uncle’s house, where the Yorkshire Ripper killed Josephine Whitaker in 1979. The programmes that I’ve found eeriest are often those that have a child or young person placed in a danger by a madman – The League of Gentlemen Christmas Special (2000); Inside No. 9’s grotesque The Harrowing (2014) and worst of all, Tales of The Unexpected: The Flypaper (1980).

So, this year, you can keep your Freddies, Jasons, Draculas and Michael Myers. I’ll be picking a Miss Marple, a Tales of the Unexpected and a Bergerac. Happy Halloween!