The second and last of the short-lived Celtic Fringe historical sub-genre: like The Smugglers, this is based less in historical fact and more in historical fiction, with Davis, like Robert Louis Stevenson, “following rather the poetry of history than its chronology: his business is not to be the slave of dates; he ought to be faithful to the character of the epoch”. It features loads of nice-looking location filming (and caves), and pits earthy locals against well-spoken but ill-intentioned toffs.

From the telesnaps and censor clips, this looks like it was directed quite dynamically – the opening battlefield sequence isn’t exactly replete with extras but it’s meant to depict the ragged aftermath of Culloden rather than the battle itself. The new Doctor’s keenness to leave – when Ben, who’s just nearly been taken out by a cannonball – seems eminently sensible (and quite why Ben and Polly think cannon fire is a sure sign they’re in 1966 England is anyone’s guess).

While inspired by romantic literature, if anything Gerry Davis’s script works against romanticising the Highlanders’ struggle. Jamie is only a minor character here, but he’s immediately established as a shrewd character, dismissive of the Bonnie Prince: ‘Dinna fash yourself – he was the first to leave the field.’ And the Doctor describes the rebellion as ‘romantic piffle’. Worst of all, Duchess Polly harshly calls Kirsty ‘a stupid peasant.’ But the British forces don’t come out of this looking any better – bloodthirsty, cruel and easily bribed by the sinuous Solicitor Grey.

It’s a brisk, engaging episode that again gives Troughton the chance to test what he wants to do with the role (here, it turns out, he wants to put on a German accent and call himself Doktor Von Wer, which show’s he’s quick thinking but doesn’t exactly give the audience a good view of what he’s going to be like normally). Also, he clearly wants ‘I would like a hat like this’ to be a catchphrase. 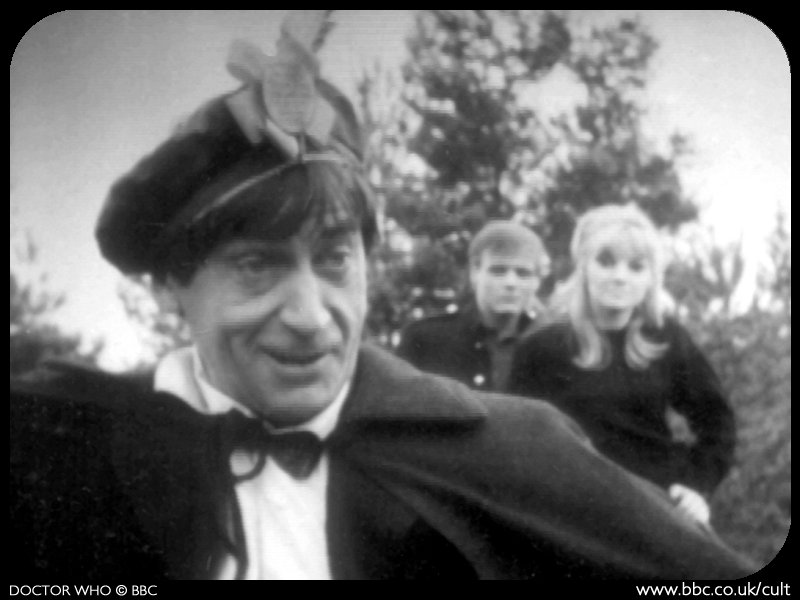 Next episode: The Highlanders – Episode 2