This continues to be both less disconcerting and more satisfactory than The Tenth Planet. Whereas the earlier story lost both the Doctor and the Cybermen for its third episode, Pedler has held the full reveal of the Cybermen back for this, and we’re finally allowed to hear them speak, and act directly against the Moonbase crew.

While less eerie than before, the new Cybermen voices sound more horrible: the throat microphone effectively robs them of emotion, and hints at the disturbing medical implications of Cyber-conversion – the threat of which hangs over this episode. These Cybermen are more direct than their Mondassian counterparts – their sole purpose is to wipe life from the surface of Earth to prevent the danger it poses to them (a lesson learned from 1986?). They place no value on ‘stupid Earth brains,’ and once Hobson gets them chatting they prove to be surlier but almost as gossipy as their predecessors. And, like their predecessors, whatever is inside the suit dissolves into nothing when they die (in a nice counterpoint to the human crew’s emptied space suits on the lunar surface): 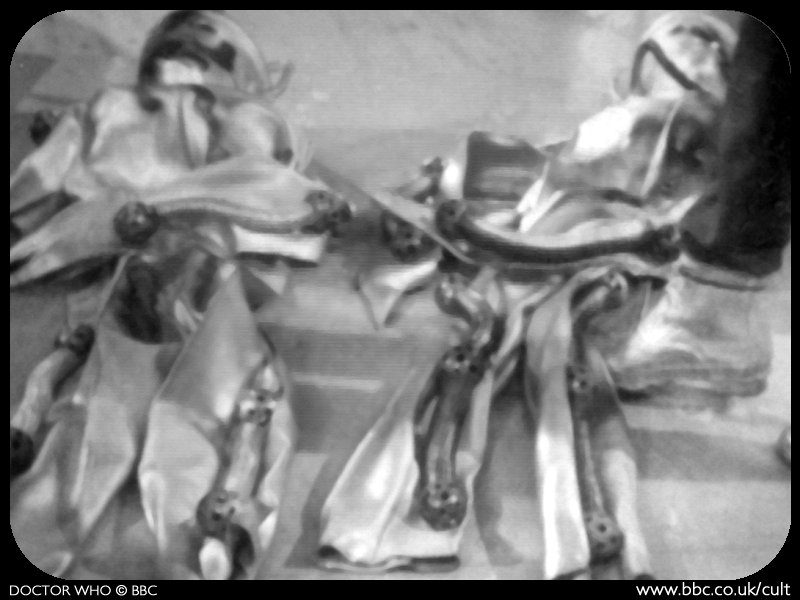 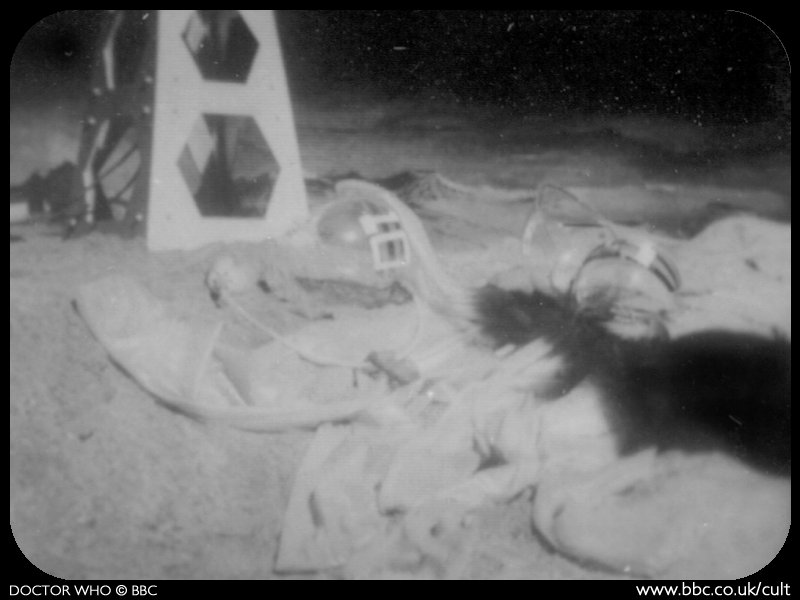 The Cybermen know the Doctor, and the Doctor knows the Cybermen. In this, they’re like the Daleks on Vulcan, which coupled with the redesign gives them an in-show “weight” that hasn’t been afforded any other monsters so far. They are impressive, although this is undercut by the fact that they’re more vulnerable than the Mondassians (in The Tenth Planet the human counter-attack succeeded thanks to captured Cyber weapons, here it’s due to nail varnish remover). And gravity is added to their list of susceptibilities, which means that we’re inevitably waiting for the Gravitron to be turned on the Cybermen – the ending to this now as obvious as the inevitable destruction of Mondas.

Again, this episode addresses the weaknesses of The Tenth Planet without entirely eliminating them. While he doesn’t collapse out of the story, the Doctor does little more than hover in the background here while, just as before, the companions take the lead in fighting back. It’s good to see the three of them work together as a team – Jamie’s recollection of how witches were dealt with in the highlands prompts Polly to come up with the principle of melting their plastic elements, and Ben has the actual practical knowhow to pull it off. It’s the first time we get a sense of what this crew could be like: at its best, feeding off each others’ ideas, but at its worst Jamie and Ben warily squaring off for Polly’s affections. For all his common sense, Ben behaves like a bit of an idiot here – threatening Jamie and then telling Polly that ‘this is men’s work’ as though he feels like his masculinity is under threat.

With some touchingly 1960s TV conventions (like gravity and atmosphere being the same thing, as everyone bounces round on the Moon’s surface but not indoors), and the line ‘We’re under siege!’ as an army of Cybermen advance on the Moonbase, this is pretty much the holotype Troughton story

Next episode: The Moonbase – Episode 4