Someone has stolen the TARDIS! It’s been a while since the Ship’s whereabouts has been so central to the story – long gone are the days when getting back to it was the overriding concern. It’s the first hint that the original script editor, David Whitaker, is doing something interesting with a serial that was consciously designed as Doctor Who‘s first season finale.

As The Faceless Ones felt like Doctor Who does The Avengers, this episode is like a detective show, with the Doctor and Jamie following a series of clues to investigate a theft. This works well enough – but the really interesting plot developments don’t involve Jamie and the Doctor at all. They revolve round a mysterious traveller in time, dressed as a Victorian grandfather, who lives surrounded by old junk, and has the key to a magic, futuristic cabinet that seems bigger on the inside than the outside.

Edward Waterfield is the Doctor, pretty much. He’s wearing a frock coat and a bow tie. He’s very clearly positioned as a time traveller – his use of ‘guineas’ instead of ‘pounds’, his unfamiliarity with Kennedy’s slang, his possession of antiques that are brand new all pretty much set him out as not being of the 20th July 1966. ‘Victorian timepieces are my speciality,’ he says wryly, when questioned by his assistant Perry. Most obviously, he’s got access to technology that’s not Victorian, but clearly futuristic: a bright, white room that’s much too big to hide behind a bookcase (secret rooms hidden behind shelves is becoming a theme given it’s also in The Faceless Ones). It even looks like the TARDIS interior with old furniture scattered about. 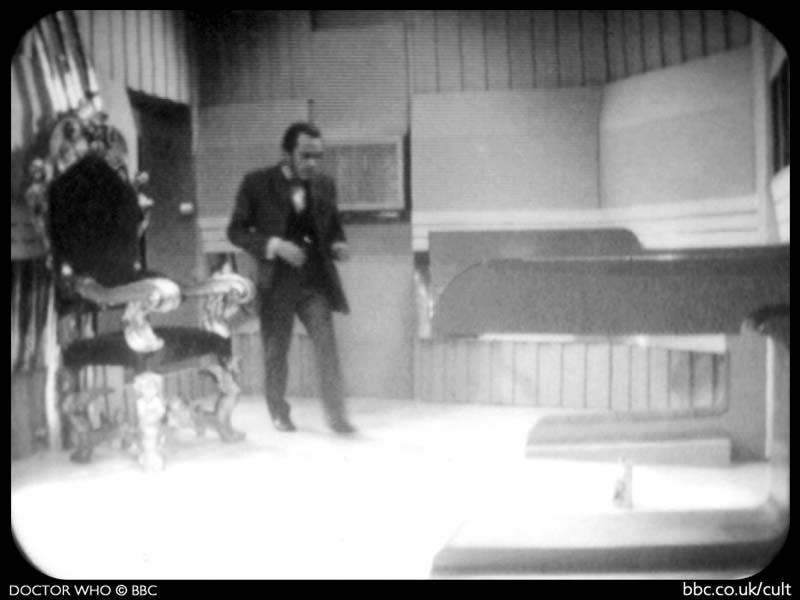 In the age of the Timeless Children, we might be forgiven for thinking this is another Doctor. Back then, those with longer memories might have wondered if Waterfield could be a new version of the Meddling Monk: he seems to be in it to make money flogging antiques, and Kennedy asks if he has a vendetta against the Doctor. Also, the last time we saw the Monk the Daleks were present, and after all, we know the Doctor can change his face, so it’s not entirely inconceivable. But the point is: the mystery of Waterfield is intriguing because it is so similar to the mystery of Dr Who. Surely a few families must have played the guessing game.

By the end of the episode, the Doctor and Jamie haven’t even met Waterfield – but they are inexorably walking into a trap he’s set for them. This Doctor, who’s usually the one setting the traps, has had the tables turned on him by a man who’s been positioned as his equal. And then the Daleks turn up.

Next episode: The Evil of the Daleks – Episode 2