‘The end. The final end.’ As this was conceived as a way to write the Daleks out of Doctor Who it’s fitting that they should go out with a bang, and what this episode lacks in spectacular dialogue or intricate plotting it makes up for in sheer spectacle. The dilapidation of the Emperor, gradually blown apart in the crossfire as the city erupts in flame, looks astonishing even in the fragments that have survived.

Most of the rest of the episode is pretty cursory, and not particularly inspiring. Implanting Maxtible with the Dalek Factor gives Marius Goring the chance to go over the top in a way that actually suits his Penny Dreadful character. Waterfield, however, hovers about pointlessly until a contrived opportunity for him to die saving the Doctor presents itself, when he literally hurls himself in front of the extermination ray. And Kemel, who hasn’t done anything all episode, gets tossed over a cliff to avoid having any irritating loose ends for the Doctor to clear up.

Troughton again gets all the best moment, contemplating escape into another universe (pre-empting The Mind Robber) or even going back to his own planet a long, long way from Earth. It’s an interesting reminder of his alien origins, and it’s a set up for the fact he’s immune to the Dalek Factor by virtue of not coming from Earth: one of the few times in the 1960s that this gives him special superhuman powers. Troughton gets to pretend to be a Dalek, before winking at Jamie to let him, and the audience, know he’s ok really. His gleeful provocation of the Dalek revolution is brilliant: inciting the Humanised Daleks to ask “why?”, to refuse to obey orders, and to attack the Emperor and the Black Daleks.

He also gets to share some dialogue with Victoria for the first time – gently explaining to her his dilemma, and letting her in on his extra-terrestrial origin. It’s the first hint of the dynamic Victoria is going to bring to the TARDIS crew: someone who’s there to be protected from the terrible things in the universe, giving Troughton the chance to play the Doctor’s avuncular, softer side in a way he didn’t really get the chance to against the tougher Polly.

This is a very strange story, though. It seems to champion humanity, but has the Doctor’s own alienness be the key to resolving the story. It tells us never to obey a superior’s orders without question – which is a bit of Season Four theme (particularly in The Macra Terror, but also in The Tenth Planet, The Underwater Menace and The Faceless Ones) – but a big chunk of it features the Doctor manipulating Jamie to do exactly what he needs him to do, with no real consequence. The middle episodes drag, and feature a redundant sub-plot that seems only to exist to kill time. It falls apart in illogicality even more than The Power of the Daleks. It’s without a doubt one of the show’s most uneven, oddly paced, nonsensical doll’s house of a story. It’s also got an epic scope that’s probably even greater than The Daleks’ Master Plan because the stakes aren’t galactic domination, but the erasure of humanity.

Is it better than The Power of the Daleks? I think probably it is: for everything that’s wrong with it, it feels like Troughton’s interpretation of the Doctor, fully worked out and given so much darkness and light to play with, is never better. The Power of the Daleks was Troughton working out how to do it: this is him absolutely knocking it out of the park. 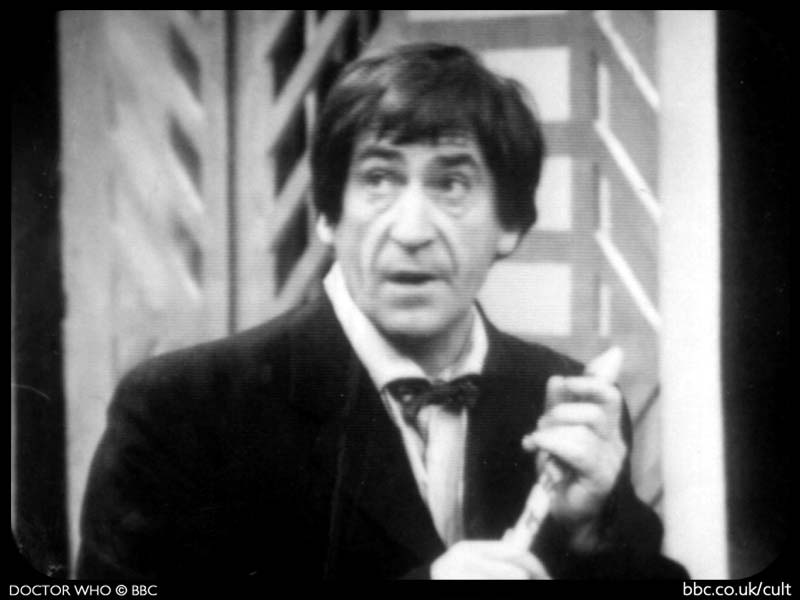 Next episode: The Tomb of the Cybermen