The cracks in The Ice Warriors begin to show almost immediately: there’s almost no mystery here; there’s none of drip feed of discoveries and revelations that made The Abominable Snowmen a successful six-parter. Instead, Hayles lays out the central dilemma a handful of minutes into the episode: to save Earth, Britannicus Base must use the Ioniser – but if they do, they may explode the Ice Warrior space ship, destroying themselves and flooding the area with deadly radiation. This is really the only crucial plot point of the episode.

Elsewhere, the set-up of One is restated, with some additional depth. Clent reveals his depth of feeling against Penley – the man who put himself above the World Plan, and in so doing destroying Clent’s faith in human beings. The Doctor later encounters Penley (who’s wandered into the base, suggesting, after the TARDIS crew did the same last week, that it has a fairly lamentable security) and reminds him that he shares responsibility for saving the planet, implying that only by squaring up Clent’s organisational ability with Penley’s free-thinking can the Earth be saved. Very worthy, if a bit dull.

Varga the Ice Warrior is a more compelling character than either of these men, even if he’s by no means the noble warlord later fanfic has made him out to be. In fact, he absolutely fit Hayles’ original conception of the monsters as Space Vikings, smash-and-grab thugs. Consider here he kidnaps Victoria, steals equipment, toys with the idea of conquering the planet, and laughs, malevolently, at the trap he’s laid for the humans. The costume looks very impressive, particularly given Varga is largely accompanied by the much smaller Victoria, making him seem all the more imposing. 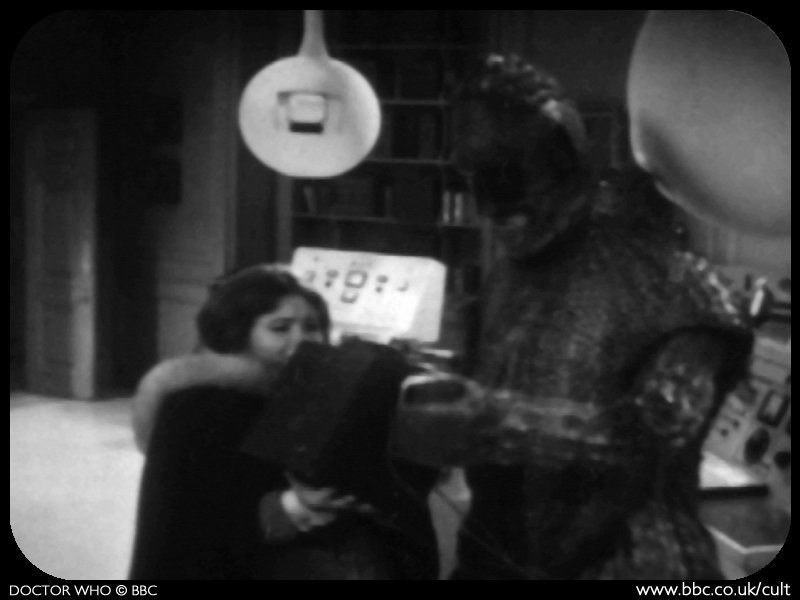 Next episode: The Ice Warriors – Three