This is exactly the kind of story that Doctor Who can almost uniquely do: a collision between different genres. This episode very much reiterates that Fury from the Deep is a boardroom drama like The Plane Makers and The Power Game, warped by the presence of a creature from legend and an alien time traveller. So you have the arrival of the briskly commanding Megan Jones, the very picture of a Barbara Castle style “White Heat” technocrat, talking about government money and wanting a political solution to what she expects is a little local difficulty coming face to face with a cosmic hobo and a sentient vegetable.

To her credit, Jones takes this rather well, prepared to listen while most of the men the Doctor encounters bluster and have nervous breakdowns. Not our Megan: they make them out of sterner stuff in the valleys. It’s a tragedy no-one got Margaret John, enjoying late-career fame as Gavin & Stacey‘s Doris, to reprise her role, revealing Jones as an ex-head of Torchwood. She’s definitely a much more credible authority figure in this than Robson, who’s now reduced to a babbling wreck. 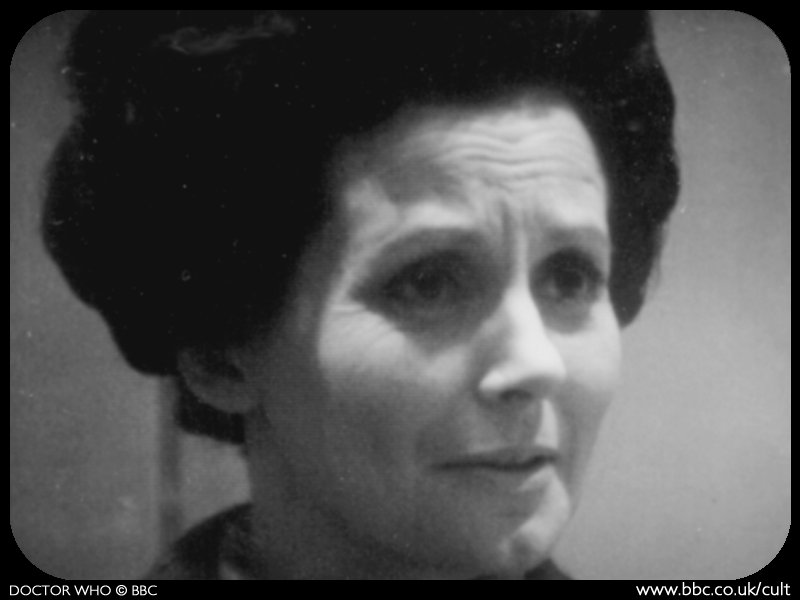 Jones’ arrival is the shot in the arm this needs. After three weeks of fairly gentle set up, this episode starts to deliver, as the Australian censor clips testify. Van Lutyens is dragged, screaming, into the foam, to his apparent doom. The Doctor and Jamie head into the pipes after him, only to come face to frond with the Weed Creature, horribly thrashing about. These scenes inevitably recall one of Frazer Hines’ early movies, 1956’s Hammer Quatermass knock-off X – The Unknown, which features a voracious blob of radioactive slime rising up to menace a Scottish village, and includes a brilliantly nasty moment where a scientist abseils into a crevasse to investigate.

The design of the episode recalls The Tenth Planet – unsurprising, given Peter Kindred did both – with girlie posters plastered around the crew quarters. It’s another neat touch of realism in an episode that excels when its contrasting normality with the uncanny, and which includes a very real moment of Jamie finding a stunned Victoria, and for a horrible moment thinking she’s died. The subsequent scene is about as close to two regulars chatting like they’re real people as the series has got since Ian and Barbara left, and it highlights Pemberton’s strength isn’t in plotting, but in the quieter character moments.

Next episode: Fury from the Deep – Episode 5