This is an astonishingly strange episode. A full fifth of it consists of the Doctor mucking about trying to fly a helicopter – which presumably meant some impressive aerial stunts on screen – then after the showdown with the Weed Creature almost half the running time consists of dealing with the aftermath, including having the Doctor sit down for a celebratory dinner with the Harrises. This is the Doctor who always slips away immediately after the monsters are defeated, choosing to stay on for small talk and supper.

The reason, we can assume, is that he’s recognised that Victoria has been horribly affected by recent events, and is coming to a moment of decision. Her departure, fairly clearly signposted in earlier episodes, is handled beautifully. Pemberton makes sure we’re clear it’s Victoria’s decision – and she has time to think about it (the Doctor stays overnight so she can change her mind). Compared to the Doctor making the decision for Susan, or Vicki and Steven leaving with barely time to shake hands, this is the first time the departure of a regular is not only trailed, but becomes almost the point of the story.

The Weed Creature wants mastery over the mind – ‘The mind does not exist. It is tired. It is dead. It is obsolete.’ says Robson. But Victoria’s departure is all about her making a choice for herself: ‘The Doctor believes in people making up their own minds,’ as Victoria puts it. He doesn’t try to influence her decision, and he stops Jamie from trying to pressure her into remaining with them. In the end, Victoria prefers the cosy domesticity of the Harrises to a life of continual peril in the TARDIS – and it’s absolutely her decision to make.

Beautifully, in the end, all Jamie cares about is that Victoria is happy. And it’s notable that her final scenes are with him, not the Doctor. The series has pitched them as a couple, however chaste, (remember Victoria posing as Jamie’s girlfriend in The Enemy of the World), and it feels right that they should get some closure. And Pemberton’s knowledge of Victoria’s backstory means the question of whether she ought to return to her own time is addressed. I really think the way these scenes are handled is as strong as Jo’s departure, and just as moving. 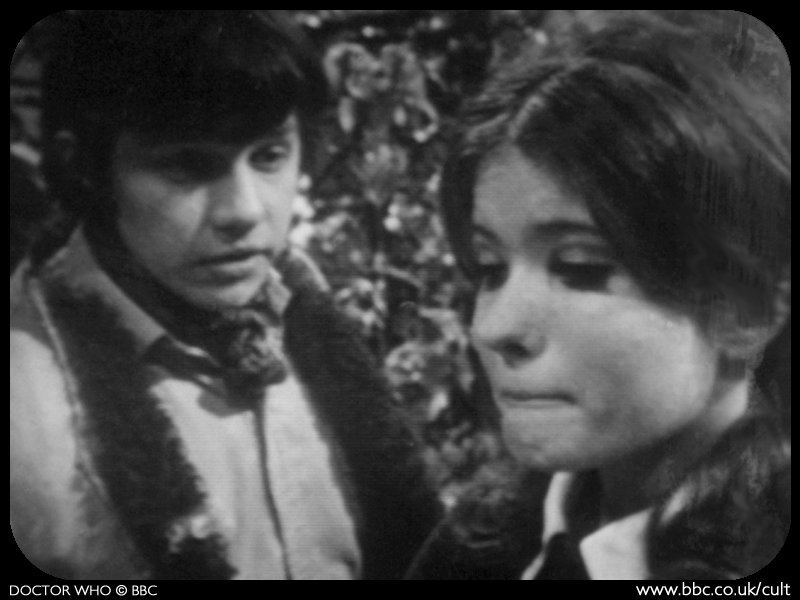 It’s probably a stretch to suggest a feminist reading of Fury from the Deep, but it is a very un-macho story. The tough guy Robson is broken and enslaved by the Weed; Megan Jones takes command and shows much more resolve than the weedy (ha ha) Harris, and, finally, the trope of the screaming damsel in distress turns out to be the monster’s downfall – which is empowering, in a very problematic way.

Victor Pemberton seems to have practically no interest in the way Doctor Who typically does drama. Nobody dies (explicitly, just this once, everybody lives). Nobody has to sacrifice themselves to save the day. The monster just slithers way, back to the world of myths and fishermen’s tales, with no further explanation offered. There’s no particular plot development or advancement, the focus remains on the characters as they react to the weirdness unfolding around them. This is one of the most unusual stories ever.

Next episode: The Wheel in Space