The conspiracy is cracked open, and it turns out to be based on the delusions of a man broken by first contact. General Carrington’s frighteningly unexpected encounter with the aliens he met on his Mars expedition, and the accidental death of his co-pilot, has convinced him that he must save the Earth from alien conquest. His ‘plan to save the world’ involves publicly unmasking the aliens on a worldwide TV broadcast to spook the UN into launching an interplanetary war.

The general is obviously mad, but John Abineri doesn’t play him as a ranting lunatic, but as a man so shattered by an experience beyond his understanding that he’s constructed a reality in his own head. His saviour complex doesn’t seem narcissistic or megalomaniacal, but almost childlike. In that context, the Doctor’s response, beautifully played by Pertwee, is not to make a speech, or a furiously sarcastic remark (as he typically does when the Brigadier goes gung-ho), but merely to tell the general that he understands. 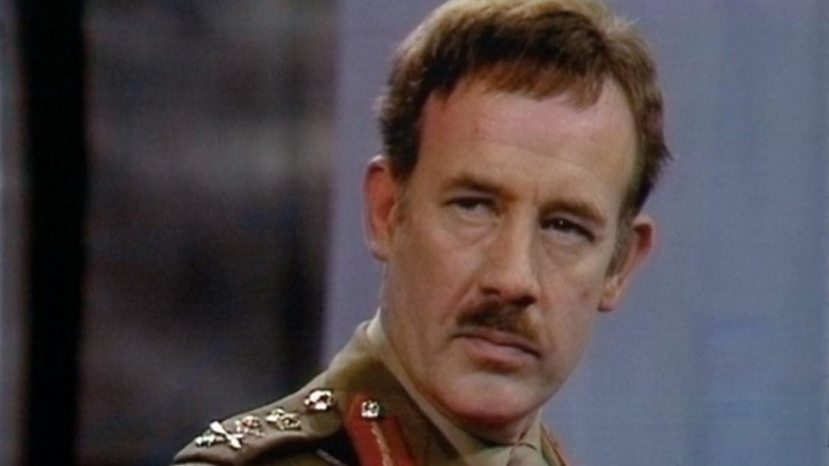 It says something about the Doctor’s character that while everyone else has been assuming motives, only he’s taken the time to really try to understand them, and it’s understanding that’s key to the resolution of the story – both understanding the general and the aliens’ motives, and (more prosaically) understanding what the aliens are saying: ‘We are ambassadors and came in peace.’

The ending of the story is therefore messy and small: this one can’t end with an explosion, but with people actually sort of going back to normal. Having made sure everyone really understands what’s going on, the Doctor just wanders off to leave them to sort things out. Reegan, the only genuine baddie (the Doctor is appalled by his offer to become a bank robber), is arrested; Carrington is led off presumably to years of psychiatric care; everyone else needs to get back to doing their jobs.

This serial really benefits from being seen episodically: because it’s not full of dramatic incident, it can drag as a two-and-a-half hour movie. But week on week, it twists, turns and evolves almost as effectively as Hulke and Dicks’ previous collaboration, The War Games. All three regulars get a strong plotline – Liz, verbally battling Reegan; the Brigadier facing off to Carrington and launching various sorties, and the Doctor acting as the intermediary with aliens. And with a strong supporting cast (including a brief appearance by Geoffrey Beevers – which presumably means the Master was in on this conspiracy, killed Lennox and tried to provoke a war) this more than most Doctor Who repays close attention.