A drilling facility with an overwrought director whose staff are falling victim to something bubbling up from the depths: so far this is Fury from the Deep with lava instead of seaweed, tufts of hair instead of fronds of weed poking from the cuffs of the infected. On the plus side, there’s much more sense of forward momentum, and the character work is stronger, but there’s nothing – yet – that suggests this has seven weeks’ worth of story. 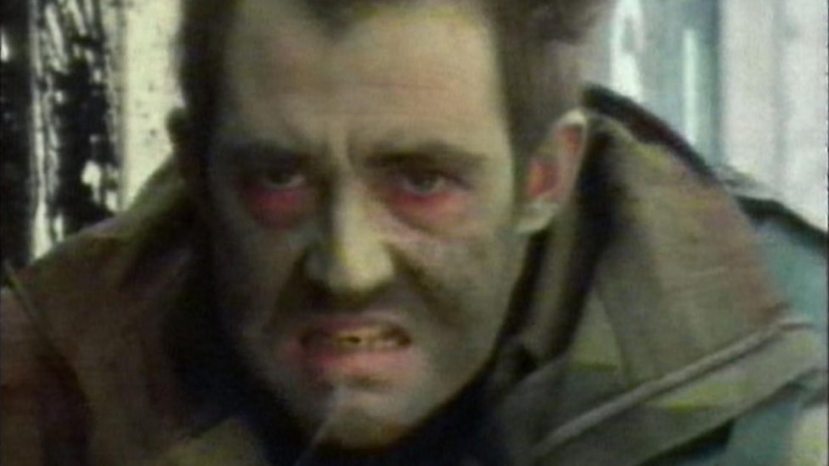 It’s also extremely strange that, aside from the Brigadier, no one seems that worried about the fact that green werewolves with boiling flesh are wandering about the facility and interfering with the nuclear reactor. The Doctor is interested, but not to the extent that he’s prioritising solving the problem ahead of his own TARDIS tinkering. He’s more interested in Stahlman’s sabotage of the computer, which is the main focus of the second half of the episode (between regenerations the Doctor seems to have found a new respect for computers – the previous version couldn’t stand them, this one seems a lot more tolerant).

As yet, it’s not really clear where all this is going: there are lots of disparate elements that aren’t cohering. But that’s part of the fun: trying to guess what connects Krakatoa, the green slime from the drill head, the Primords and the Doctor’s experiments. This is well written enough that the audience is likely to give Don Houghton the benefit of the doubt, and Douglas Camfield’s direction, especially of the location filming, is dynamic and exciting.

And the new Doctor continues to be impressive: he’s added Venusian karate to his list of accomplishments, and continues to have the same secretive streak of his previous self (stealing nuclear power, and sending Liz off on a fool’s errand while he plans another test drive of the TARDIS). The look of anticipation on Pertwee’s face as the TARDIS console surges with power absolutely lands the idea that he’s desperate to get away from the petty politics of 20th Century Earth: the cliffhanger suggests that the real danger is the Doctor managing to break his exile and vanish off leaving the Brigadier and Liz to sort this out themselves.