The prison riot sub-plot is really very weird. Mailer and his goons take over the prison and hold Jo hostage, but she manages to grab Mailer’s gun and help the warders take back control for all of about five minutes (her finest moment so far). Then, the Master, in the guise of Emil Keller, turns up and re-arms Mailer, organising a second prison takeover. So what was the point of the first one? I suspect it’s our old friend “padding”. There’s a lot of good stuff in the episode, and the plot just about hangs together, but it does lack the momentum of Inferno, an altogether more ramshackle piece of work.

There’s a strand of thought that The Mind of Evil is essentially a Season Seven story, but I’m not sure that stacks up . For a start, the presence of the Master, a character with no obvious analogue in the previous season, gives this a slightly less grounded tone, particularly when he ties the Doctor to a chair to subject him to his worst fears (which apparently are a Zarbi and a War Machine – funny the things you remember). This is very much in the melodramatic spirit of the parallel universe of Inferno, but not much else from Season Seven: silent movie villainy conspicuously lacking from Malcolm Hulke’s shades-of-grey characters. I suspect Hulke’s Season Eight contribution, Colony in Space, for all it’s set on an alien planet, is more tonally similar to the 14-part Silurians/Ambassadors epic that’s actually what most people mean when they talk about Season Seven’s grit.

Essentially, as I’m indebted to Ed Salt (Twitter: @EdSalt) for pointing out, if Terror of the Autons was The Leisure Hive of the 1970s, then this is the Meglos: a story that if you squint a bit could just about fit in the previous year, but a production that decidedly couldn’t. 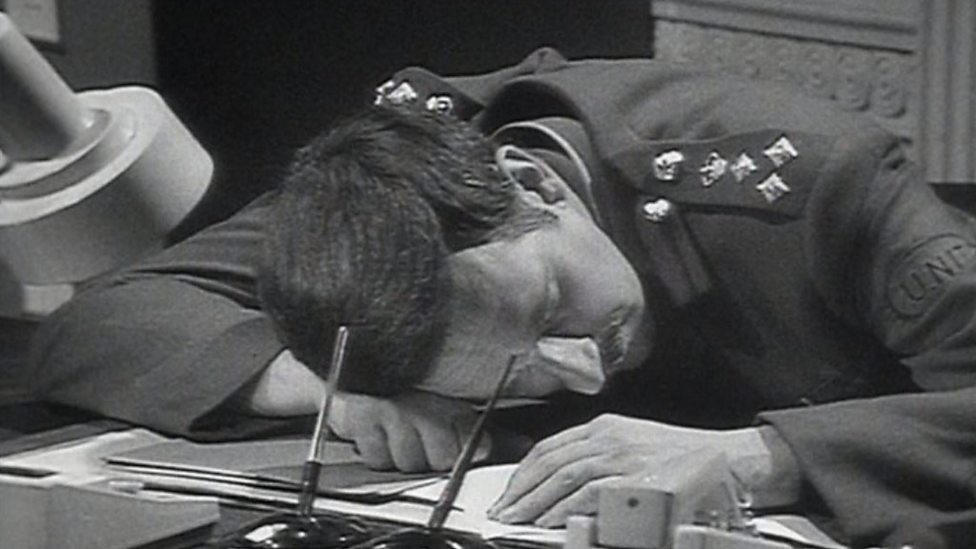 This episode has a lot of scenes taking place across desks. The Doctor takes Chin Lee to wake up the Brigadier (who’s fallen asleep at his) and tell him her story. Later, the Master and the Doctor very civilly confront one another across the governor’s desk at Stangmoor. But when Timothy Combe does get to direct some action sequences, particularly the Doctor’s escape attempt on film, they’re impressive. But the best thing of all is seeing the Doctor and Chin Lee wandering past a milk float on a London street, a Michael Ferguson touch of vérité and a pleasing glimpse of real life.

Next episode: The Mind of Evil – Episode Four