For various reasons, location filming in 20th Century Doctor Who almost inevitably looks more impressive than studio VT, so it’s a no-brainer to point out that when an episode benefits from more than the usual proportion of film. Still, it is worth pointing out that Christopher Barry, who oversaw the extensive filming for The Dæmons, makes this look equally impressive. Chislehurst Caves, illuminated by various coloured lights, are a lot creepier and cavernous than the studio caves in Doctor Who and the Silurians, and the chase of Varan across the steaming Solonian landscape, as he finally emerges into the light of a hill overlooking his village has an almost Season Seven sense of scale.

The studio work isn’t bad, and at least Varan’s devastated village looks better than the Skybase corridors (although the old man abandoned there makes a bit of a meal of his very small part). But the real star of the episode are the caves, which are a great backdrop for the first full reveal of the mutant costumes – which look like Oscar-winning costume designer James Acheson had seen the Zarbi and worked out how to do them properly. There are a lot of them as well, which helps to sell the threat they represent. They can even do a bit of pathos, as when the Marshal tries to exterminate them with gas. 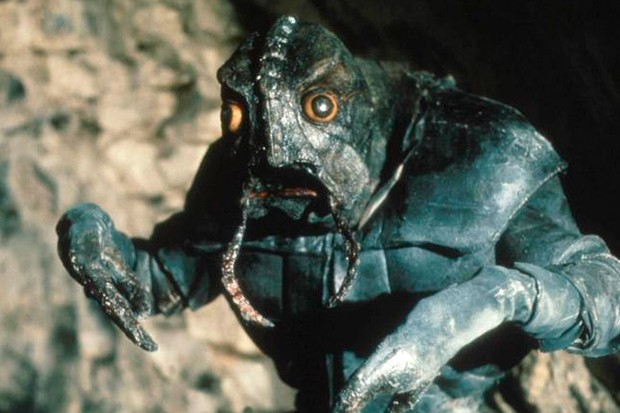 The story is ok – it’s hardly progressing in leaps and bounds. I get the sense that the discipline imposed on Baker and Martin’s scripts is leading to a much more conventional, and therefore slightly less interesting, story than The Claws of Axos, but there are still loads of sci-fi ideas just under the surface: a centuries-long spring finally turning to summer, and a hint that there is a hidden past to the planet – represented by the Moses-style stone tablets sent by the god-like Time Lords to Ky – that is an intriguing hook for the back half of the story. It’s a nice touch that the Doctor’s delivery of the message pod to Ky just prompts these new mysteries, rather than wrapping everything up quickly at the end of the story.

Next episode: The Mutants – Episode Four