The series’ 10th anniversary season begins innocuously with a weather balloon drifting down to earth in the middle of a bird sanctuary. This rural idyll is rudely interrupted by an electronic flash that kidnaps a gamekeeper – odd, but nowhere near as odd as the events that unfold next. Because, thanks to some fuzzy logic, the Doctor quickly deduces this is all a plot to get to him, and soon blobby orange monsters are surrounding UNIT HQ while a similarly blobby electronic effect is menacing the TARDIS. Only the Time Lords can help – but they have problems of their own – something is draining away all their power into a universe of anti-matter. That escalated quickly.

The Three Doctors might be a Terrance Dicks rewrite complete with some of the most quotable lines in the series’ history, but at heart it’s still a Bob Baker and Dave Martin script, and is as weird as either The Claws of Axos or The Mutants. This first episode is largely about establishing a suitably epic threat that could justify Patrick Troughton and William Hartnell turning up to help, but the way it does it, by focusing on the small-scale and domestic, is thoroughly and charmingly bizarre. The Time Monster featured soldiers plucked from other times in Earth’s history. The Claws of Axos had a UFO appearing in the skies over Great Britain. This is all about a gamekeeper going missing, Dr Tyler deducing he has been spirited away (rather than, say, falling in the massive lake he was right next to) and immediately contacting UNIT despite the fact that the gamekeeper’s wife is entirely unbothered by his disappearance. And the Doctor working out from the subsequent disappearance of Dr Tyler from the UNIT laboratory, and then the “death” of Bessie, that he himself is the target. 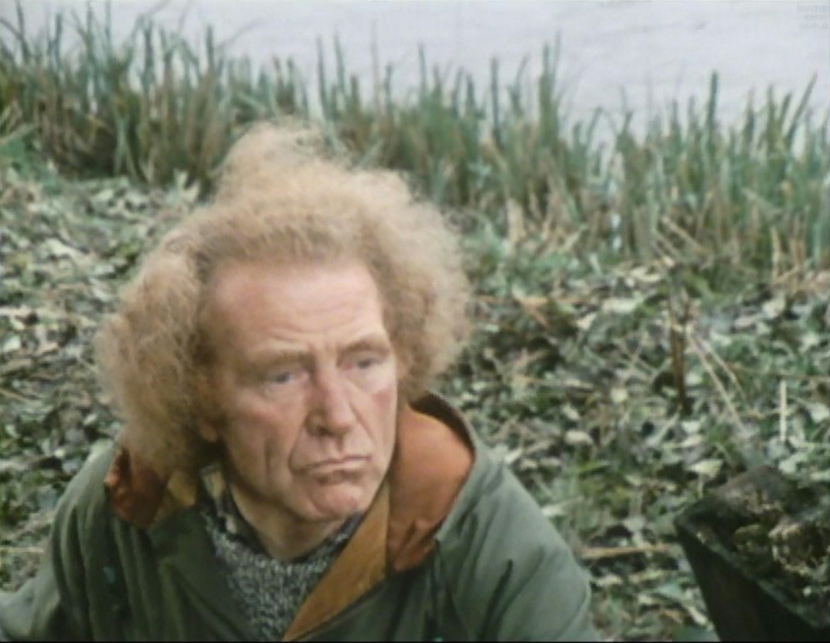 In any case, having jumped through these hoops of reasoning, the Doctor contacts the Time Lords, who have now taken to wearing colourful cloaks in a sort of halfway house between their The War Games costumes and James Acheson’s refinement of his own work here in The Deadly Assassin. In a nice piece of continuity, the Time Lord chancellor is played by Clyde Pollitt, who presided over the second Doctor’s trial. They quickly jump to the conclusion that they need to send the Doctor’s earlier selves to help him while they battle ‘a force equal and opposite to our own.’

This idea of equal and opposite works quite nicely when the second Doctor appears in the TARDIS, all smug superiority at being drafted in to save the day, while the third Doctor seethes. It’s a scene-stealing performance from Troughton, and I imagine Pertwee felt much as his Doctor does: a panicked improviser meets a methodical and ordered version. To soothe Pertwee’s frayed nerves, Dicks gives him the second best comeback: ‘halved more like’ (the best is Hartnell’s ‘dandy and a clown’). The episode hinges on how much we enjoy this: and with Benton getting to do the “bigger on the inside” reaction, Troughton riffing on the comic highlights of his portrayal, and Pertwee upping his game to match, it’s hard not to. I remain quite ambivalent about an ill Hartnell appearing, but by all accounts he was pleased to be asked back, and he does get one moment of his old power, when he instructs his predecessors to stop faffing about discussing the time bridge and ‘cross it’. This episode serves the same purpose as the obelisks in The Five Doctors or the fez business in The Day of the Doctor, and works just fine.