On one level this is a mess. Issues with running times in previous episodes means that the recap of Part Five goes on for ages. A lot of scenes look like they were running out of time – why else would Barry Letts have approved the unconvincing fight sequence with Yates and Tommy, or John Dearth’s careful “fall” to the floor as he dies? Although to be fair, it’s about as much effort as the script’s treatment of Lupton deserves: one of the most interesting villains has been reduced to a bystander for the second half of the story. Even things that you’d expect Letts to absolutely get right are fumbled: why is K’anpo’s regeneration done better than the Doctor’s?

Equally, the plot is a bit of a mess. The point, I suppose, is that the Doctor caused all of this, from Professor Clegg’s death to the spider invasion of Earth, because he took a crystal on a whim. His ‘greed for knowledge’, insatiable curiosity, is his weakness, and the only way to atone for it and to grow is to face his fear and become a new man. Even though he’s never been one to avoid his fears, and there’s never any real probability that he’s going to become incurious. It’s all a bit of a straw man to give the Doctor a grander reason to go and face the Great One than to blow her up.

I think all this is true. I also don’t think it matters very much. From a sow’s ear of fizzling-out plots comes a silk purse. Part of it’s down to the way the episode effectively pays off all those “moments of charm” where the third Doctor talks about his wise old mentor by including him, and using this as an opportunity to reveal more about the Time Lords’ ability to regenerate. In the process, Sloman (or, more likely, Terrance Dicks) neatly references the previous two regeneration stories with a reference to The War Games (‘To borrow a TARDIS was a little naughty’), and dialogue paraphrased from The Tenth Planet (‘When a time lord’s body wears out he regenerates, becomes new’; ‘I’m afraid this old body has had it’). K’anpo gently helping the Doctor come to terms with his imminent change – ‘The moment approaches… The moment of truth for us both’ – is quite affecting. As is having K’anpo regenerate a few minutes before the Doctor to get the audience used to the idea. The moment has been prepared for indeed.

The moment itself is near perfect. Sarah Jane is, once again, convinced that the Doctor has died. The Brigadier remembers how he once disappeared and turned up with a new face – just as the TARDIS arrives. We don’t see the Doctor emerge for a couple of seconds, and we might even imagine the fourth Doctor is going to walk out to pay off the Brigadier’s feed line. But Pertwee has one last hurrah up his sleeve. He staggers out, looking convincingly knackered, and delivers his final heart-breaking lines before expiring. After a beat, Sarah closes his eyes, and then has a moment of silent grief with the Brigadier before K’anpo turns up to give the regenerative process a little push. It’s a beautifully constructed and performed sequence that neatly acknowledges the sadness of Pertwee’s departure while reassuring the audience and building our anticipation for the new Doctor.

For a certain generation of fans, it left a lasting impression. I’ve mentioned several times how often Russell T Davies’ series references the Pertwee years, but I think rarely more so than here. It does it both specifically – like the image of Queen Huath on Sarah Jane’s back repeated in the time beetle on Donna Noble’s – and thematically. Consider The End of Time, a story about a powerful crystal that connects two planets across time and space, brought about by a greedy man meddling with things he doesn’t understand. Even the Time Lord Victorious plot feels like an attempt to give the tenth Doctor his own straw man flaw to atone for with his death. 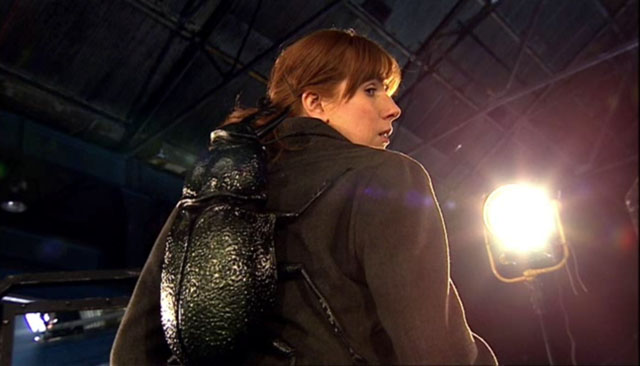 Planet of the Spiders isn’t a masterpiece, and it’s less coherent and well made than The Green Death. The smallest tragedy of Roger Delgado’s death is that he didn’t get to have a final showdown. The third Doctor is underused in his own final story – barring the big chase sequence in Part Two, most of the plot is carried by Sarah Jane, Mike Yates or Lupton. But as Jon Pertwee’s face fades into Tom Baker’s you’d have to be a more cynical person than me not to feel that, when it matters most Barry Letts and Terrance Dicks get it absolutely right. 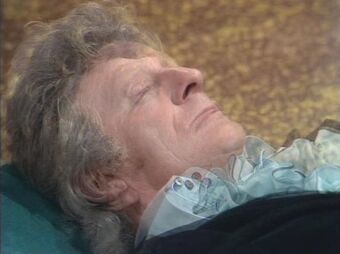