There’s a thing that Tom Baker does as the Doctor where suddenly the flippancy stops and he snarls the lines, low and furious, to suggest that behind the façade of facetious eccentricity there’s a serious intelligence. It crops up most notably in The Pirate Planet – ‘You ask me to appreciate it?’ – and often in Big Finish, but the first obvious example is in this episode, where the line ‘Get back! Didn’t you learn anything?’ is practically spat in a Morestran crewman’s face.

Elsewhere, Baker plays this with an unsettling solemnity that suits the reveal of Zeta Minor’s universe-ending power. He gets ominous lines like ‘I’ve got a very unpleasant feeling’ – and even implies he’s not overly fussed about the foolish Morestran mission in the scheme of things: ‘It’s tempting to let them go ahead and destroy themselves. The trouble is, they wouldn’t be the only ones.’ We’ll see a lot more of this in Pyramids of Mars (made before Planet of Evil, but broadcast after), and between the two stories I get the definite sense that Hinchliffe and Holmes are reining in some of the fourth Doctor’s initial lightness. He even loses the scarf for most of the episode.

This even extends to the Doctor’s interactions with Sarah Jane. Whereas Pertwee would have undercut some of the menace with a reassuring smile or stroke of Sarah’s chin, Baker doesn’t offer any reassurance at all. He’s even snippy with her when he heads off to use his Time Lordly influence to negotiate with the antimatter force for the sake of the universe: ‘Yes, I know, I’ll take care.’ It’s not that this is humourless – there’s an amusing sequence about Shakespeare early in the episode – but the humour is a bit more highbrow than mocking the Cybermen or Zygons. 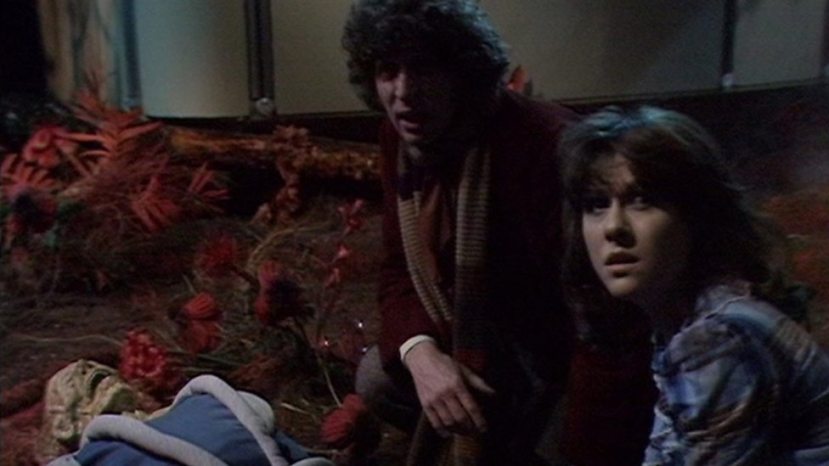 There’s a dark, chilly tone to this episode, a sense of cosmic horror too great for the human mind to comprehend. The Doctor makes this clear:

DOCTOR: From the beginning of time, it has existed side by side with the known universe. Each is the antithesis of the other. You call it nothing, a word to cover ignorance, then centuries ago scientists invented another word for it. Antimatter, they called it.

The creature on Zeta Minor is like something from an MR James story: an unknowable thing, jealously guarding its treasure and exacting disproportionately cruel vengeance against anyone who gets too curious. While never pretending to be anything other than science fiction, this is still a straight horror story.