The Doctor is at his most brooding in this episode, showing no patience with Laurence Scarman’s pathetic attempts to appeal to his brother (just an ‘animated human cadaver’ the Doctor tells him brusquely), and even losing his sense of humour with Sarah, who accuses him of being inhuman. Later, he pushes Laurence’s corpse aside dismissively. This runs the risk of making him unlikeable, except the show’s already spent a season establishing his credentials and the scale of the threat here is immense: Sarah’s concern over one man’s death is brushed aside: ‘Four men, Sarah. Five, if you include Professor Scarman himself, and they’re merely the first of millions unless Sutekh is stopped.’

I think later production teams have tried to repeat this take on the Doctor, but out of context it simply doesn’t work. The Doctor isn’t just being rude to his companion, or telling people that Sarah cares so he doesn’t have to. This is the opposite: the Doctor does care, and is clearly affected by the scale of Sutekh’s threat. He’s conveying to Sarah, and the audience, that this is deadly serious.

Again, I really like the structure of this. As the Doctor knows pretty much exactly what’s going on from the outset it’s less an exercise in him discovering the villain’s plans, and more explaining them to us in an interesting way. The exposition is drip fed through various discussions with Sarah, sketching in the details of a cosmic war thousands of years ago – with Sarah joining the dots between this battle between godlike aliens and ancient Eygptian mythology. It’s all much more dynamic and digestible than the slide show in The Dæmons. 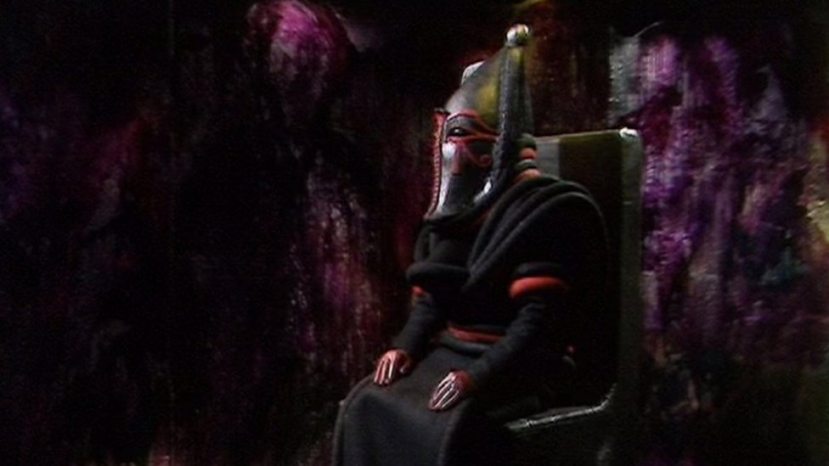 I also like that Sutekh is largely kept offscreen. Godlike aliens are hard to pull off well (see The Time Monster) so restricting him largely to Gabriel Woolf’s insidious voice (saying things like, ‘All life is my enemy’) and a few inserts of an enthroned and still Sutekh issuing his commands to Scarman (versus Omega’s silent movie star gesticulations) keeps him suitably ominous and unknowable. Holding back his face to face confrontation with the Doctor, whom Sutekh is aware of only as an alien intelligence, to the end of the episode results in another excellent cliffhanger.