Some of the jokes in this are very broad indeed. ‘Even the sonic screwdriver can’t get me out of this one,’ sounds like it was written explicitly for clip compilations, and the Doctor’s bit of jelly baby business with Andred is cute, as is his playing hopscotch through the Capitol and talking to Borusa’s empty chair. Elsewhere the script has a pleasingly dry wit, like the Castellan’s comment that the old-looking Gomer is ‘young yet, and impetuous’. Tom Baker even consents to deliver some bafflegab in a nice back-and-forth exchange with a (very noisy) K9.

This goes some way to offsetting some of the upsetting elements of the story that I can imagine were quite disquieting for some viewers. The Doctor apparently turning on Leela and expelling her from the Citadel must, surely, be to keep her out of harms way when the Vardans attack. But Baker’s performance is just unhinged enough to seed some doubt. The scene where he locks her out of the TARDIS is shocking in a way the show rarely is, but Graham Williams and Anthony Read make sure to follow it with a moment of the Doctor and K9 looking stricken inside the control room. I reckon this was in Tom MacRae’s mind when he wrote a similar scene for Karen Gillan and Matt Smith in The Girl Who Waited. 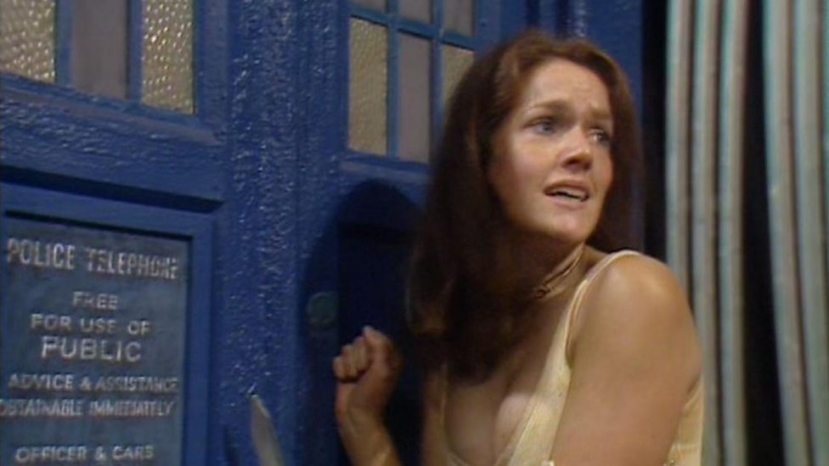 The episode has a real WTF sense about it: the Doctor’s plan is almost as mysterious to us as it is to Leela. His use of K9 to destroy the transduction barrier and expose Gallifrey to invasion, just moments after proto-Romana Rodan has been boasting that it makes the planet invulnerable, is nicely surprising. The cliffhanger is classic: the Doctor, chuckling madly as the shimmering Vardans advance on the Supreme Councillors. This does the “Doctor gone bad” much more convincingly than The Invisible Enemy.

Next episode: The Invasion of Time – Part Three