This is more like it: a properly exciting, race-against-time (complete with two, Goldfinger-style countdowns – an obvious reference since the first stops on 003). Everyone gets a fairly poetic comeuppance, and the threat of Kroll is resolved in a way that satisfactorily ties in with the Key of Time theme. The big difference is that the Doctor is back in the refinery, which means that the tarsome spacechat of the middle episodes is replaced by some actual drama as the Doctor confronts Thawn and spends the next few minutes winding him up (‘Maybe it’s saving you for pudding’).

Thawn gets offed by the Swampies, leaving Ranquin as the last villain standing. His religious beliefs have only got stronger since Kroll actually turned up, and, like the last Robert Holmes villain to fall victim to a false god, he exits via a pipe. John Abineri brings quite impressive conviction to Ranquin, as well as fascinatingly furry shoulders (I bet he was finding green hairs in the shower for months after this). Luckily, he doesn’t live to see his cephalogod reduced to calamari.

The end is very ambiguous. ‘Well done,’ says a delighted Romana when the Doctor turns up with the fifth segment, and puts his scarf over his head like she’s Princess Leia giving out medals. Then they wander off, leaving the fairly harmless Fenner to the mercies of the Swampies. He won’t last five minutes beyond that scene. Maybe that’s a flaw of the quest concept: the Doctor has no investment in what’s happening on Delta Magna, he’s got what he came for, and he doesn’t really care what happens next. On the other hand, this regeneration in particular has always been pretty laissez faire about what he leaves behind. 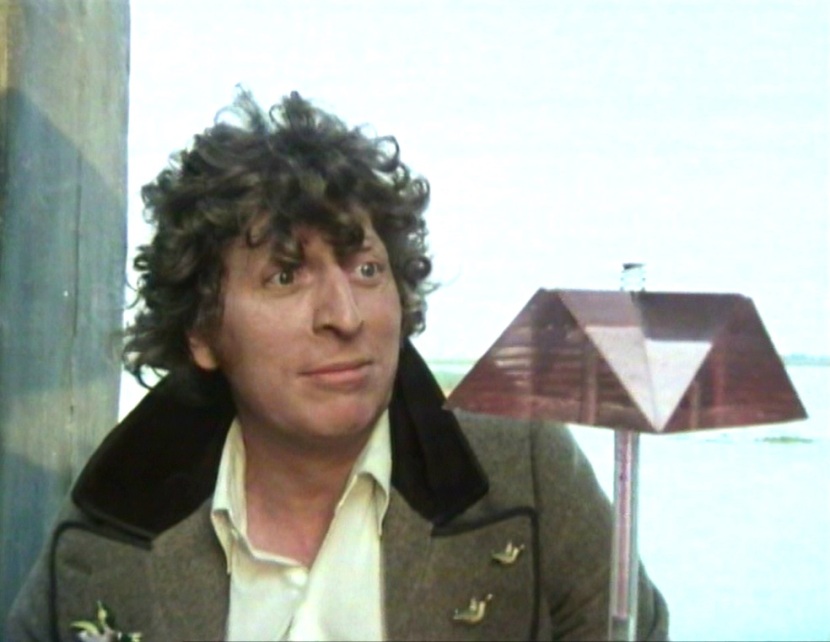 The last scene (back on film) has one of the cutest moments in the entire series. ‘Hello,’ says the Doctor, noticing one of Kroll’s progeny. ‘Hello,’ replies Romana. And off they go in search of the last segment. I didn’t dislike The Power of Kroll: the location work is mostly smashing, and there’s nothing teeth-grindingly bad about it. Some of the dialogue is a bit dull, but there are several very funny lines (mainly the Doctor’s). Overall, though, it’s lacking the normal Holmes lustre, and I don’t think everyone’s heart was in it.

Next episode: The Armageddon Factor