‘Come along, children. Not in front of our hosts.’ This was the first Davison story recorded, and it shows. The new Doctor is written like a character in a 1940s’ children’s book, with the old-fashioned cadence of a fusty professor: ‘I wonder, could you tell me who or what you are? And where we are?’; ‘Would it be in order for you to take me to your leader?’ But this is just representative of the oddly formal nature of the whole piece, as the Doctor and friends are almost ritually introduced to Monarch and his curious crew.

Later, presented with material like this, Davison could have done something with it: as it is, you sense the first-night nerves (literally: many of these scenes were taped on his first studio day). His performance is almost as mannered as his dialogue, his voice seems unnaturally pitched. The guarded politeness when he meets Monarch is very good, to be fair, but then the script goes and spoils it all with a cloth-eared joke about Chinese names (‘I am Lin Futu’; Well, I’d never have guessed it. You look in the best of health to me.’) It’s nice to have an artist who’s actually thinking about how to tackle the material, rather than going through the motions, but thank goodness this was buried. 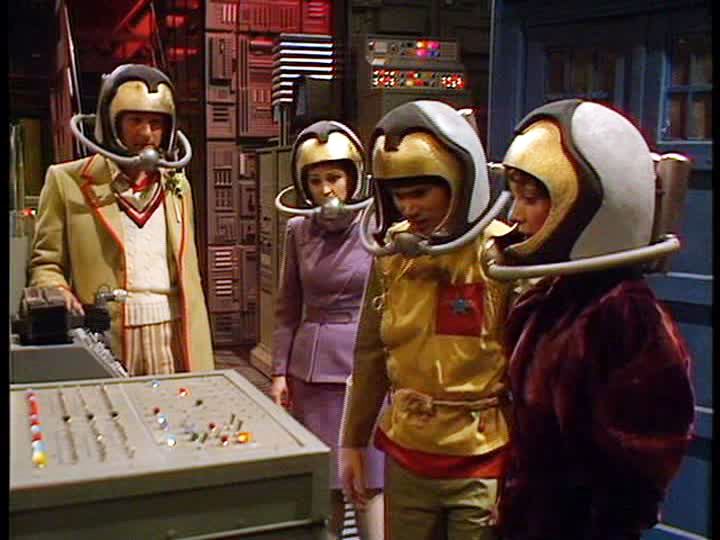 And Davison’s not even the worst served by this material: Tegan is more worried about catching her flight than mourning her auntie (why does the script even bring up the subject of Vanessa’s death if it’s implausibly given less importance than Tegan’s job?). The reveal that she’s been moonlighting as a fashion designer is rightly mocked. Adric gets an even worse deal, reduced to spouting the scientific names of the Milky Way and, unbelievably, salt (‘Pass the sodium chloride’ must have been the moment when everyone agreed the character was a write off). And he gets to be this week’s misogynist, declaring, ‘That’s the trouble with women: mindless, impatient and bossy.’ After Castrovalva’s weird swerve into sexism, I’m sympathising with Fielding’s complaints.