‘Aliens are faking aliens. Why would they do that?’ This, even more than Rose, establishes all the standards of the RTD years. The Earth invaded in plain sight as BBC News and Blue Peter react; the monsters invading the companion’s home; Trinity Wells; not-so-veiled jabs at contemporary politics: it’s all here, and pretty much fully formed. For the first time the TV series has a budget that means ideas can be realised on screen rather than as noises off, and the result is giddily ambitious. Even so, once RTD has got the money shot of a spaceship demolishing Big Ben before crashing into the Thames everything takes place in confined locations (Albion Hospital, Downing Street, Jackie’s flat) without massive crowds of extras.

This revolves around three brilliant ideas: first, the Doctor miscalculating the return journey to the Powell Estate and getting Rose home 12 months late. She’s literally been abducted by an alien. Secondly, this is overshadowed by a real first contact scenario, suddenly making the prospect of a spaceman much more credible to Jackie. Thirdly, the first contact is a massive deception, a diversionary tactic to distract from the real aliens’ plan. The episode smoothly transitions from one idea to the next, using the consequences of each as a way to up the stakes for the next (for example, Jackie’s reaction to learning about the TARDIS is to call the emergency number publicised because of first contact, which is the real trigger for the Doctor coming face to face with the Slitheen). The structure is excellent and gives the episode incredible momentum.

But, as the first half of the revival’s first two-parter, there’s also more time for the story and characters to breathe. Rose’s disappearance keeps cropping up through the episode: as Rose is quizzed by Jackie and the police; is berated by her mother’s friends, and has to face up to what she’s done to Mickey. Companions have popped home before – Jo and Sarah Jane offscreen, Tegan and Ace on, but there’s never been a TV story that really explored the Doctor’s impact on the people left behind. Camille Coduri looks and acts like a mother at the end of her tether. Mickey is also a bit more nuanced than his first appearance, with the implication that he’s inherited Clive’s mantle as the one who sees the truth of the Doctor: ‘You look deep enough on the Internet or in the history books, and there’s his name, followed by a list of the dead.’ Meanwhile, in Downing Street, Harriet Jones wanders through the emergency doggedly pushing for her meeting with the Prime Minister and stumbling across the real alien invasion by accident. 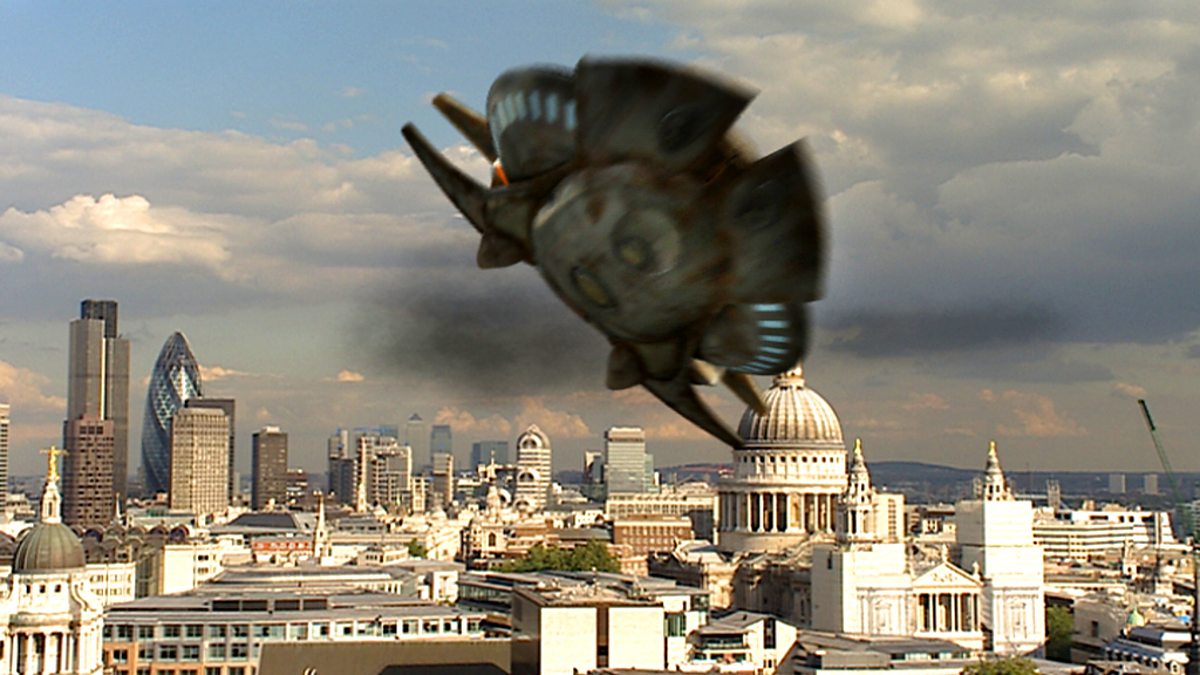 The Slitheen are uncanny: the farting and giggling was Marmite at the time, but a lot of that, I think, came from fan nervousness about the show looking silly. In retrospect, they’re more frightening than most of the new series monsters precisely because they’re so psychopathic, delighting in their wickedness, laughing as they kill. Without the skin suits, faulty gas exchange and the mocking humour they might as well be the Zygons or Auton facsimiles. Plus, the farting becomes a clever, funny and unsettling tell for kids. The reveal of the costumes is held back to the triple cliffhanger, which puts Rose, the Doctor and Jackie all in danger simultaneously (only slightly undermined by the immediate flip to the Next Time teaser – surely no one really believed any of them would due halfway through the story).

And, alongside all this, RTD continues to build out a bigger backdrop for the series: from now on, the “present” is actually the near future – the year after tomorrow, just like in the 1970s show. No wonder UNIT (still the United Nations here) turns up and promptly gets killed off. The Doctor is 900 years old, and unhesitatingly slips into military commander mode when he reaches Albion hospital (‘Defence plan delta’). The TARDIS gets Bad Wolf graffiti.

I think this is a superb episode, the best of this series so far. It has a better “Yeti in the loo” aesthetic than almost anything in the Old Testament and establishes RTD’s ability to link the domestic and the cosmic as the drama unfolds in Jackie’s flat just as much as it does in the corridors of power. There are bits that don’t work, like the absurd idea that a random MP would become Acting Prime Minister just because he happens to be in London (which is a quibbling point except it works against the vérité of the rest of the UK response sequence). More unlikely is the idea that all the assembled UNIT experts would sit watching politely as General Asquith sheds his skin. But really, these are nitpicks. Only an astonishing lightness of touch can make such a sophisticated script seem quite so straightforward.