‘I don’t think I can bend the rules, just cos he’s dead.’ Narrated by a geeky young man, this plays in the same space as Doctor Who: Love & Monsters, to which it inevitably looks like the poor relation. However, the intent is slightly different. While Love & Monsters was about Doctor Who fandom and not losing sight of your childhood dreams in the grind of adult life, Random Shoes is about not wasting your life waiting for something to happen. It occasionally drifts into mawkishness, but not egregiously so. The result is the most touching episode of the show to date.

It’s also very unlike the previous eight episodes, meaning there’s a slight sense of a show still searching for a tone and purpose – although, again, it’s interested in the idea of life after death which seems appropriate for a series led by an immortal character. It steers away from sexy scenes (however much Eugene might like some), and largely follows Gwen’s procedural investigation of Eugene’s death, having to deal with the reality of grieving relatives, and gradually picking at the mystery of why he happened to be standing in the middle of a country road waiting to be hit by a car. It’s also much funnier and consciously sillier than usual – with daft fight sequences involving banana milkshakes. Only the ending seems to be a bit weak, with a “more things in heaven and earth” appearance by Eugene that feels at odds with the show’s harder line on death as a hollow, empty nothing. 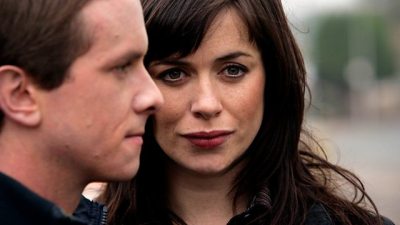 Paul Chequer is very good as Eugene, his English accent marking him out as a bit of an outsider, but this is another episode that leans heavily on Eve Myles’ ability to straddle the divide between Torchwood’s gritty SF aspirations and the Welsh reality. The result works much better for me than nonsense like Cyberwoman or Greeks Bearing Gifts.

Next Time: Out of Time