‘Events that have happened are happening now.’ This is, again, all about trying to avoid destiny, escaping the consequences of your choices, cheating death. No-one, in the end, wants to go. Certainly not Joshua Naismith, who’s written a book called Fighting the Future and gone to great lengths to secure immortality for his daughter. But he’s not the only one fighting the future: since Mars, the Doctor has been shirking his responsibilities, instead going on a grand tour of the universe. The Master has never accepted the consequences of his actions, so it’s hardly surprising he’s turned up again. But the final twist, that everything we’ve seen is just prologue to the Time Lords returning from the grave, is tremendous – an attack on the whole basis of the 21st Century series. 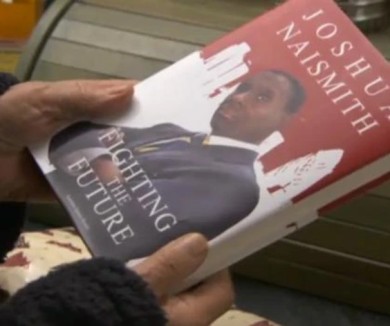 Thematically, this all fits together. But The End of Time is also acting as a quasi-season finale and a Christmas Special. It’s as over-stuffed as a turkey. It absolutely makes sense to bring Wilf back: Cribbins is excellent, and there’s a whiff of unfinished business in Donna’s story, The Silver Cloak feels like it’s been added to bump up the run time and get a couple of high-profile guest turns. It’s pleasant enough, but you can tell it’s redundant as you’re watching it, and it’s strange that the Doctor should take a break from his urgent pursuit of the Master for coffee and a cry in a café. Surely better to have the Master’s abduction take place first, then have the Doctor reluctantly seek out Wilf as the only other connection to the Oods’ vision.

Bringing back the Master also makes sense. The Daleks don’t have the same personal connection, certainly not for this version of the Doctor. Simm gets to explore a different take: no longer the Prime Minister, but destitute, feeding on the homeless in urban wastelands that recall some of the grit of The Sound of Drums. His resurrection scene is straight out of Harry Potter and the Goblet of Fire, with secret books, potions and ‘the widow’s kiss’ as his Death Eaters give their life so he can be reborn.

But some of the other characters are less effective. Fair enough, Naismith is just a plot device to get the Master into the Immortality Gate, and at least his incestuous relationship with his daughter makes him a bit more memorable than just the latest of RTD’s greedy billionaire alien collectors. But what’s with Addams and Rossiter? Presumably they’re there to provide a bit of alien comedy colour in a Christmas episode that’s generally much more sombre than usual – in which case I wish they’d been Slitheen (they could even have used the short Slitheen costume for Addams), as it would at least have been an amusing link back to the first RTD episodes. And then there’s the mysterious woman who keeps appearing to Wilf, apparently manipulating him into picking up his gun. And the Ood, who, like the viewers ‘see so much, but understand little.’ Oh, and President Obama who, like a secular Jesus, has ‘an instant and radical solution to the worldwide depression’ (very 2009).

The ending feels drawn straight from arguably RTD’s greatest series finale, Army of Ghosts. Again, a first episode full of misdirection has led the audience to expect one thing, before the rug is pulled and the real villains turn up. There, Billie Piper’s well-trailed departure and ‘the story of how I died’ provided the tension, here, Tennant’s imminent exit is doing the same lifting. Both episodes end with a crescendo of cliffhangers, as the Master-race unlocks Donna’s memories, and the Doctor is surrounded by seven billion of his deadliest enemies, before the flick to Timothy Dalton, “the Narrator”, revealed before the Panopticon of Time Lords like the Black Dalek emerging from his Void Sphere. Wow.

Next Time: The End of Time – Part Two