After five weeks of build up, most of this episode is taken up with the final showdown with the Great Intelligence. And, in a very modern way, everyone gets to play a part in the finale. Khrisong is killed trying to rescue the Abbot, who is revealed to be a puppet of the Intelligence, and, de-programmed, reveals the last vital information about the secrets of the inner sanctum (including the revelation that Padmasambhava himself constructed the Yeti over two centuries, under the guidance of the Intelligence).

The Doctor then gathers his team together, assigning each a role in the last battle. While Jamie and Thomni destroy the control equipment, he’ll mentally duel with the Intelligence. These scenes – at least from the telesnaps and audio – seem truly eerie. ‘Anything can happen now,’ the Doctor warns, as they head in to exorcise the evil. The Intelligence shows off its psychic powers by levitating a lamp. A howling wind sweeps through the sanctum as the Doctor grimaces, clutching his face like he did when he regenerated, locked in a telepathic struggle with the cackling, toad-like Padmasambhava. Victoria recites the Jewel of the Lotus as she wrestles for control over the Yeti. Travers bursts in, and shoots at Padmasambhava, who catches the bullets like he’s Darth Vader. There’s a lot going on, and the fact it’s a concerted effort – the Doctor can’t just press a switch – gives it an appropriate scale after so many weeks of preparation. 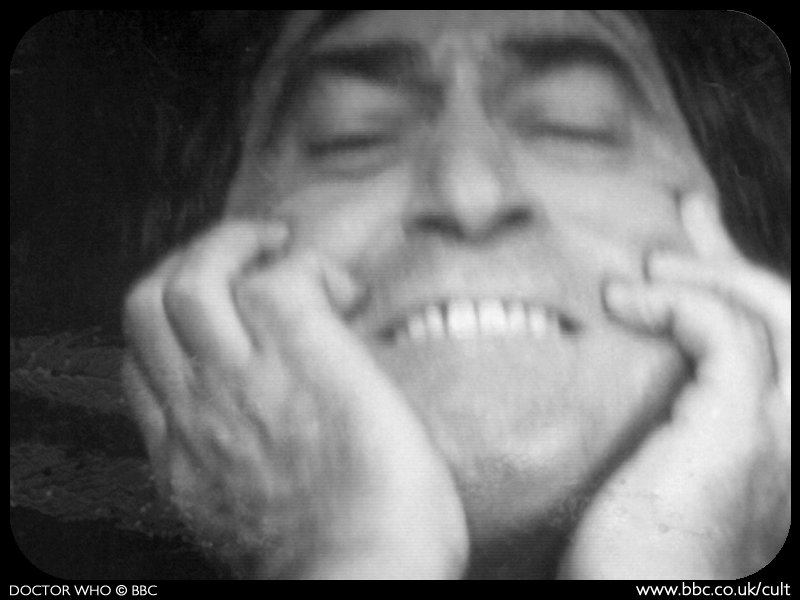 The overall impact is a final episode that repays the audience’s patience across the previous month. The final defeat of the Intelligence – accompanied by the whole peak of the mountain, consumed by glowing ectoplasm, exploding, is pretty spectacular. But equally notable is the epilogue with the slow, mournful tolling of a bell for those who died in the struggle, and the final joke of Travers spotting a real Yeti lumbering off up the hill.

I really enjoyed this story. It’s hard to imagine this being tried a year before: the re-shaping of the series, with a new focus on battling against cosmic horror – implied in The Moonbase, and explored more in The Evil of the Daleks – all comes together here. The Intelligence is something formless and terrible from beyond human experience that has been brought here by Padmasambhava’s delving into the mysteries of astral projection. ‘This evil will spread. It has to be stopped,’ the Doctor warns, grimly. And for all the sci-fi trappings of robots and control spheres, this is an occult horror story through and through: Nigel Kneale meets Dennis Wheatley.

By structuring this as a mini-series rather than a movie chopped into six bits, Haisman and Lincoln also do better than Ellis and Hulke at cracking the long-form Doctor Who serial. Revelations are spaced out, episodes have a particular role to play in the whole, and this is achieved without just dropping in a new location, Terry Nation style, whenever the plot threatens to sag.

Possibly as a result of Lloyd’s production decision to save the budget with longer serials the design work is up to the job too: the Yeti are mostly vey impressive, the extensive location filming sells the isolation of Detsen Monastery, and the sets are nicely detailed and convincing. It’s not necessarily the most fast-paced story, but none of the individual episodes is a drag or feels like we’re being kept waiting unnecessarily. I wish they could find this one.

Next episode: The Ice Warriors