In Troughton’s absence, this episode aces the Bechdel Test: Zoe and Gia are the high brains of the operation, Jamie and Phipps the brawn as the plot to wrest control of the moonbase back from the Ice Warriors. Seasons Six and Seven are a bit of a high point for highly capable female companions. Zoe’s genius works when her Doctor is undisciplined and unstructured, but perhaps Liz’s is a bit less effective when Pertwee decided to play it straight rather than the odd, guitar-strumming hippy Sherwin envisaged.

Given the Doctor is incapacitated for the duration, it’s as though everyone else realises they have to take up the slack. This is easily the best episode of the serial yet. The direction is both showy and highly effective. The slow zooms into Fewsham’s anguished face and the Doctor’s slumped body as Slaar orders him to be teleported into space ratchet up the tension. The later scene of Zoe creeping across the moonbase set to turn up the heat controls genuinely does make drama out of turning a wheel. Best of all are the film sequences on Hampstead Heath: a lone warrior implacably striding through the wintry light, backlit, or framed against the horizon. These monsters have never looked so impressive before or since, and this has to be their iconic moment. Ferguson will go on to direct two of the more “difficult” Pertwee stories, The Ambassadors of Death and The Claws of Axos, both of which equally benefit from his ability to lift the material. He’s fast becoming one of my favourite Doctor Who directors. 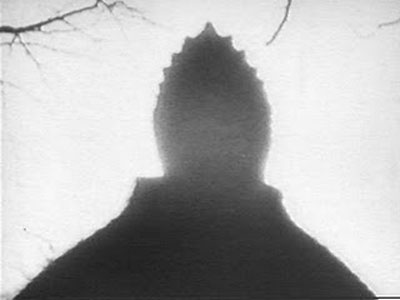 Not that the material is bad. Given this was a rescue job on Brian Hayles scripts, Terrance Dicks and Michael Ferguson have conspired to make a silk purse from a sow’s ear. The Ice Warrior’s massacre of the London T-Mat Control guards is represented by the sound of their gunfire fading out as its sonic cannon fires: the ever-frugal Dicks’ script manages to tell the story brilliantly with one eye on the budget. And Slaar, up until now a fairly nondescript baddie gets to become as sadistic and cruel as Varga, explicitly pausing the invasion of Earth to devise a nasty execution for the Doctor.

Next Episode: The Seeds of Death – Episode Five