‘Nothing like a nice happy ending is there?’ After the apocalyptic scenes last week (which surely merited more of a recap at the top of this episode), this is a race against time to avert a disaster in our world. The idea that the Doctor has seen this all before, and is fighting time itself is compelling: ‘The pattern can be changed.’ In practice, naturally no-one really believes his Cassandra-like warnings, especially after he takes a spanner to the computer, and it’s largely thanks to a devolved Stahlman choosing to emerge from the drill head that convinces everyone to stop the clock.

Olaf Pooley’s performance has ranged from irritated to sarcastic; the script hasn’t really give much opportunity for him to play any light and shade into the professor, but he was game for dressing up as a monster, and really goes for it in his last scene as a human, where, overwhelmed by the imminence of Penetration Zero, he scoops up a handful of green ooze and smears it over his face to complete his transformation. We never find out what the stuff is, only what it does: it remains as mysterious and unknowable as the Weed Creature – another thing that appears briefly to menace the present before it slithers back to the land of myths. I don’t think it really matters, it’s just another warning to human beings not to delve too greedily or too deep into the unknown.

The story, and the season, ends with the Brigadier and the Doctor, having had a spat, wandering off arm in arm into the sunset, with a close up of Liz laughing. The world has been put to rights, and humankind can sleep safely for another day. Inferno stands out from Season Seven because it pushes the Doctor (and Pertwee) out of what’s becoming a comfort zone – there’s no-one to share a moment of charm with in the parallel world, and no-one to turn to for backup.

As such, it’s the first time we’ve really seen the third Doctor properly tested and he only survives “at a terrible cost”. That’s not really something that’s happened for a long time, not since Hartnell’s string of Pyrrhic victories in Season Three, and – along with the downbeat ending to Doctor Who and the Silurians, and the messy conclusion to The Ambassadors of Death – is one of the reasons why this season is meant to have “gritty realism”. That, and the fact it largely takes place in recognisable British locations.

Given the brief Derrick Sherwin’s landed them with, Terrance Dicks and Malcolm Hulke have actually made it a fairly varied and exotic set of stories rather than a string of identikit alien invasions. It feels a lot less repetitive than Season Five, for example. But you can sense their chafing frustration at the new boundaries imposed on the show. The TARDIS has been creeping back in – for a scene in The Ambassadors of Death, and as a key element of the plot here (it’s easy to imagine a parallel universe version of Inferno where, instead of slipping sideways in time, the TARDIS jumps a day into the future, and the Doctor has to go back and prevent disaster from happening).

Equally, Liz Shaw, while a very good character performed brilliantly by Caroline John, is deliberately not a “Doctor Who assistant”, and because she doesn’t get into trouble at the drop of a hat, or need things explaining, ends up doing a lot of passing of test tubes and scientific dialogue. It’s not that she gets nothing to do – she gets some great moments in The Ambassadors of Death and a superb double role here – more that what she gets to do isn’t different enough from what the Doctor can do himself to make her character very necessary. 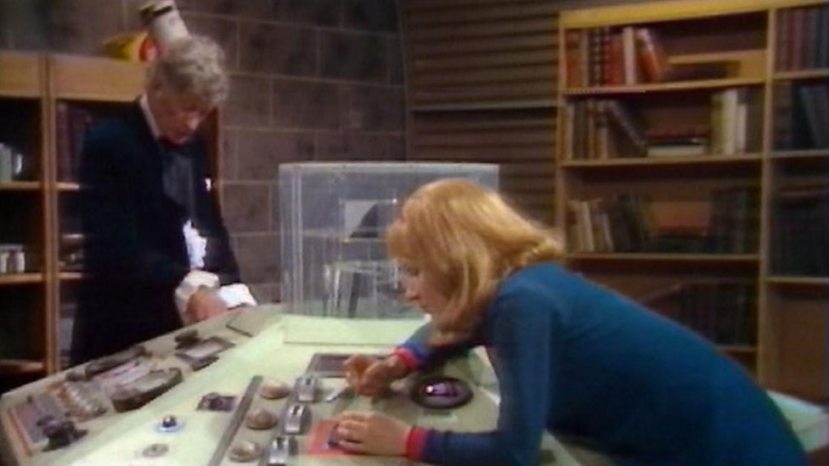 These are all things that the new producer Barry Letts is going to start to fix from the next serial. In the meantime, I’ve really enjoyed Season Seven, but I’m just as glad to know something very different is around the corner. I’m not sure I’d want another year like this.

Next episode: Terror of the Autons