The story goes that Robert Sloman was originally meant to write a serial called The Daleks in London to conclude Season Nine, but Barry Letts decided the Daleks would instead be a great hook to launch the season. Sloman then came up with an idea involving timewarps that transported World War One biplanes to battle UNIT. The seed of that idea dominates this episode. And it’s garbage. This is thoroughly abject.

The problem is, the timewarps add virtually nothing to the story. They just delay Yates and the rest of UNIT from getting to the research centre. Meanwhile, at the research centre, everything else seems to be a series of delays to keep the story going. I would say to keep the plates spinning, but that supposes they’d been set spinning in the first place. The Master summons up Kronos, fondly reminding us of when he did exactly the same thing at the end of Season Eight. Kronos proves to be as truculent as Azal, and, despite Paul Bernard’s best efforts to keep it blurry, or surround it with a bright glow, this clearly involves what looks like a giant pigeon flapping around like it’s been trapped in a house while an old queen in a bad wig flaps about almost as much, and even Roger Delgado can’t rescue this. Mind you, the magic time medallion does look like it’s got new series Gallifreyan writing on it, which mildly interested me. 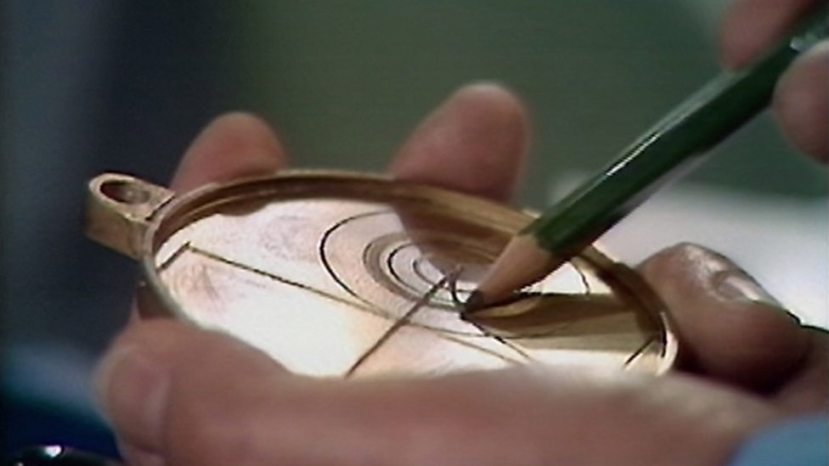 Elsewhere on campus, on what looks like a the set of a provincial rep production of Abigail’s Party, the Doctor kills five minutes building a time jamming thing out of bric-a-brac that spins about and flashes briefly before exploding, having achieved nothing. There’s probably some point to be made in comparing the Doctor’s make-do-and-mend with the Master’s hi-tech video watch and laboratory but really, who can be bothered? Certainly not the Brigadier, who is now being characterised as an incredible buffoon who accuses Yates of being drunk. This is an ‘Allo ‘Allo spoof of UNIT’s Secret Army, only nowhere near that good.

And in between the assassination of Nicholas Courtney’s character, we get a scene in what looks like a Morecambe and Wise play wot Ernie wrote, set in Atlantis with cod-Shakespearean dialogue and acting. I’m all for camp in Doctor Who, it’s a huge part of the appeal, but the show shouldn’t need to play that card to excuse basic ineptness. This is very bad indeed.