Rather than getting us to Atlantis – something the serial has been promising for a month now – we get another episode where nothing really happens, dressed up with some urgent-sounding technobabble. While the Doctor, the Master, Jo and Krasis banter in the time vortex, Stu and Ruth exchange terrible dialogue and fiddle with equipment, and the Brigadier literally spends the episode doing nothing as he’s been frozen in time. Oh, and Benton gets turned into a baby.

And yet, in a strange way, this episode is a slight improvement on the past couple, largely because Pertwee, Delgado and Manning are generally worth watching even if not much else is going on, and they’re doing their best to make this in any way entertaining for the audience. Pertwee and Manning get some mildly amusing exchanges, talking about Venusian proverbs and doing a slightly off-colour joke about Jo’s coccyx which, wonderfully, Delgado joins in with. Delgado gets one excellent line, ‘My power is greater than your imagination can encompass’, which reminds us that beneath the veneer of a charming villain he’s also a Time Lord. These are the scenes that Moffat was specifically mocking when he did the Doctor/Master FaceTime at the start of The Curse of Fatal Death. 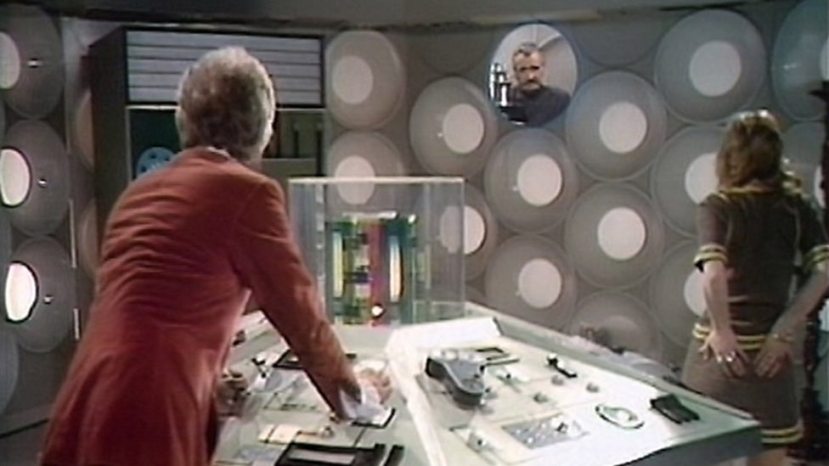 The problem remains, nothing actually happens to advance the story, and none of it seems to matter very much, which is pretty unforgivable when the cliffhanger seems to be the Master at his most triumphant having expelled the Doctor, Jo and the TARDIS into living death in the time vortex. There are some good visual ideas, especially the two TARDISes materialising inside each other, and new lore is dropped in almost off-handedly (TARDISes are telepathic, time locks are a thing) – but so what? It doesn’t actually lead to anything interesting. Everything this is doing has already been done better before: time slips and sneaking around the grounds of a house in Day of the Daleks; all those spectacular attacks on UNIT convoys in Season Seven; mystic ancient beings summoned up in The Dæmons. This is very much a story in search of a point.