When I think of 1970s British SF TV (Doctor Who, Blake’s 7, spacey Tomorrow People) this is exactly the kind of production I picture: clearly inspired by Star Trek, but made on videotape rather than film, with lots of greyish spacecraft interiors interspersed with occasional film sequences and aliens declaiming grandiloquently at each other. The Pertwee years didn’t have much quite like Revenge of the Cybermen, partly as a result of the Earthbound format and partly because the space stories were often Bob Baker and Dave Martin weirdness. But I think the Tom Baker years are going to look and feel increasingly like this.

The hook for this is excellent – a return to the same location in a different time might be exactly the trick they pulled when they last had a space ark, but after two stories in different locations it feels oddly like a homecoming. I like that after Harry’s discovery of a ship full of ‘corpses’ in The Ark in Space, Nerva Beacon is actually strewn with dead bodies. After Genesis of the Daleks channelled the spirit of the Hartnell historicals, this has all the ingredients of a Troughton base under siege (including The Seeds of Death’s Ronald Leigh-Hunt and The Invasion’s Kevin Stoney). In’s easy to be contemptuous about retro episodes when the whole series is available at the swipe of a finger, but in 1975 no-one had seen anything like this for six years.

Broadly, I think this is mostly a good opener. All the talk of ‘quarantine’ and ‘plague zones’ makes Nerva feel appropriately isolated. Kellman is a nicely snide baddie with a neat line in James Bond gadgets and inventive murder methods (the scene of the Doctor having to avoid touching the floor is very playable for kids). It’s a bit grim, but that’s true of this whole season pretty much. Voga is established with some typically impressive Michael E Briant handheld film camera work in Wookey Hole, and the studio work is pretty strong as well (there’s a lovely deep two shot of Kellman arriving on the bridge to find Warner in the foreground. Only some very obvious dummies standing in for corpses in the Nerva corridors are a bit slapdash. 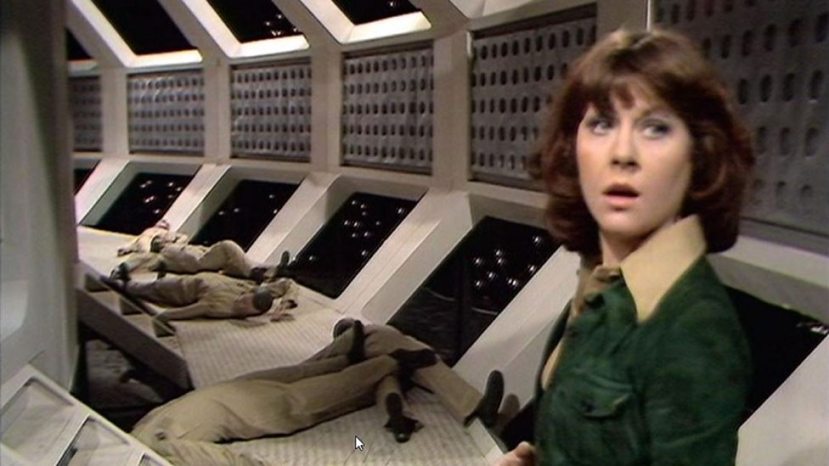 Next episode: Revenge of the Cybermen – Part Two