The Mind Robber for teenagers, with the Doctor trapped in a dreamscape manufactured by a psychopath manipulating a computer and the Doctor saying things like, ‘I deny this reality.’ As you’d expect from David Maloney working almost entirely on film, this looks great, following through on the nightmarish cliffhanger to Part Two with a series of equally disturbing images drawn from war films, spy thrillers, and generic phobias like clowns and spiders.

It’s relentless, and utterly single-minded in its determination to push beyond what’s normally possible or permissible in Doctor Who. It succeeds. This feels more like an experimental horror movie than a family TV programme. Which means your tolerance for it depends entirely on whether you’re comfortable with the show setting aside its normal brief and standards for 25 minutes to feature the Doctor reduced to desperate survival tactics, setting an explosive trap for his enemy, building a blowpipe and poison dart, and trying to burn him alive. It’s more like a Star Trek episode like Arena.

The cliffhanger is famously brutal, finishing on one of Hinchcliffe’s beloved freeze fames, this time of the Doctor apparently having been drowned by Goth. It was enough to provoke condemnation from Mary Whitehouse, and the master tape was edited to end the episode on Goth’s triumphant face rather than the Doctor’s underwater. I admire the episode a lot. I’m glad it’s a one off. 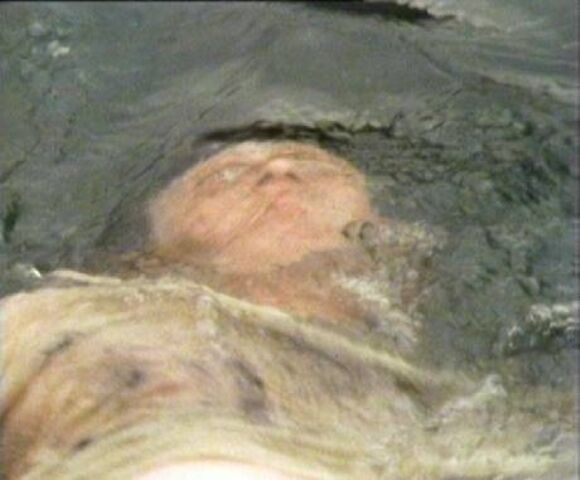