‘So much for your justice.’ An attempt to redo The Deadly Assassin with a mysterious traitor in the High Council and lots of intrigue about biodata is undermined by the Doctor’s passive acceptance of his fate. This time, he gets to spend an episode mostly standing round the TARDIS while Nyssa and Damon play Dempsey and Makepeace and try to uncover the truth and save his skin. The plus: Sarah Sutton finally gets a character; the way she imperiously tosses her head at Maxil is pure class and holding the High Council of Gallifrey at gunpoint is a power move. 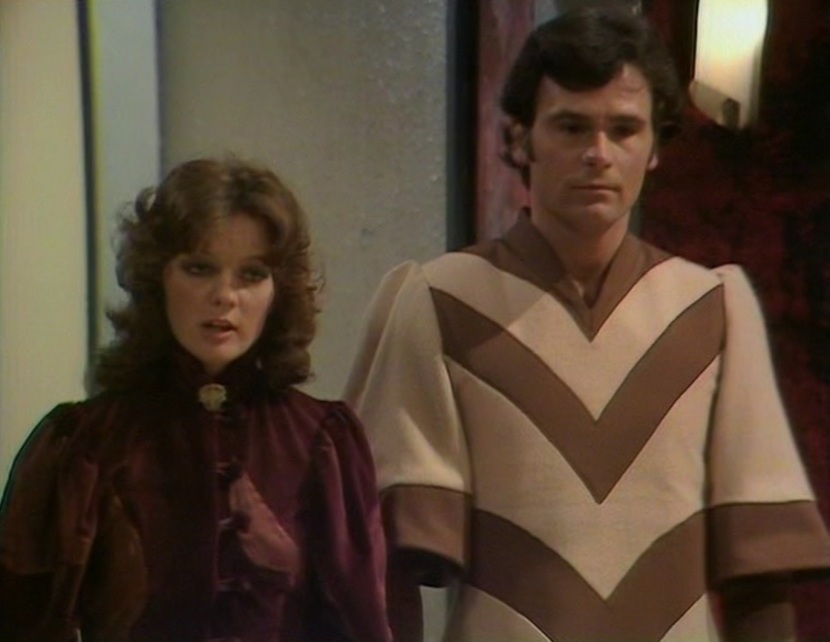 This latter scene sums up what’s wrong with the episode: apart from Davison, only Sutton seems to get it right, with her teary-eyed look to camera selling a cliffhanger that wouldn’t work were it left to Leonard Sachs’ generic old fart line readings. The script suggests that, perhaps with the exception of the Castellan, the High Council is meant to view the Doctor’s execution as a matter of deep regret: a matter of duty not conscience. Instead, they all stand round like they’re watching a disappointing fireworks display. To be fair, it doesn’t help that everyone’s been asked to be as arch as possible to try to conceal the identity of the High Council traitor (obviously Hedin), but the direction and performances to nothing to help energise a fairly limp script. Zorac might declare, ‘Each and every time the Doctor returns to Gallifrey there’s violence’ and the Castellan pompously states, ‘It’s given to very few to supervise the destruction of a Time Lord. It has in fact only happened once before’ but everyone acts like this is routine.

At least in Amsterdam, things continue to be more engaging. Now Tegan’s turned up with a new hairdo and a kinky costume to meet her favourite cousin (is he Auntie Vanessa’s son?) only to learn he’s been turned into a zombie by a mutant KFC meal. Her reaction is classic -‘First I lose my job. Now this’ and a huff. Still, she was more worried about getting back to work than mourning her auntie’s death and was having a laugh with Nyssa minutes after watching Adric explode, so she’s got past form in taking tragedy in her stride.