‘That enigmatic smile everyone bangs on about? Wind.’ The usual Part Two runaround, with some nice additions like Mona Lisa’s vampire-like allergy to direct sunlight (old paintings do have to be kept in carefully controlled conditions), and Harding’s dawning realisation of what obsession can do. It’s neat that this ends with both Luke and Harding learning to appreciate the woman in their lives – whether the feeling is reciprocated or not. The only bit that I didn’t really get was the Dark Rider – the concealed face and suggestion of long brown hair made me wonder for a while if this was going to turn out to be Sarah Jane in disguise, somehow.

The Fear Her comparisons get a bit blatant in this one as a growling, roaring monster wreathed in smoke and red light tries to bash its way out of imprisonment. There are undoubtedly similarities, although it’s equally possible both are inspired by the same source material, Marianne Dreams. On balance, I think this is the better Doctor Who version mainly because I like Suranne Jones’ performance and the jokes in Phil Ford’s script. 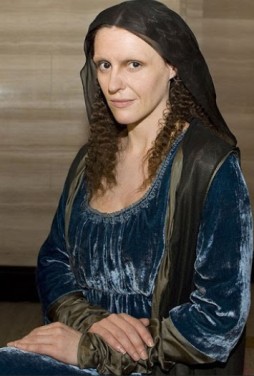 Sarah Jane will return in The Gift

Next Time: The Water of Mars